After a long wait, Clap Your Hands Say Yeah will release their newest record, Hysterical, on September 12th. This album will also be self released by the band and this time around they worked with producer John Congleton who has worked with Modest Mouse, St. Vincent, and The Walkmen. Impressive roster to say the least. The band will re-release their debut album on vinyl, June 14th. CYHSY has also announced a handful of tour dates for the time being. Time to get excited folks. 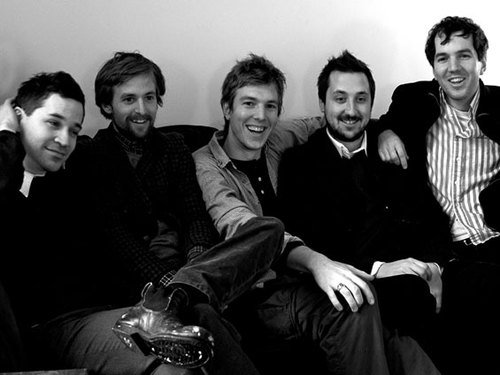 Some bands were just meant to be together. The New Pornographers and The Walkmen have just announced that they will be embarking on 7 date tour with each other before and after heading their different directions. For the solo NP dates, Menomena are set to open. Check out all of the tour dates below. Sorry kids, this is a mid western tour only. Dry your tears.

The New Pornographers / The Walkmen:

Ezra Furman & The Harpoons are set to release their third studio album, Mysterious Power, on April 5th. The Boston band’s first release for Red Parlor Records, Mysterious Power boasts the production power of Doug Boehm (French Kicks, Starsailor). Additionally, the band is looking forward to hitting the road in the spring- making an appearance at SXSW before embarking on a U.S. tour thereafter.

A familiar staple on critic’s year-end lists, Ezra Furman & The Harpoons gained acclaim for their 2008 album, Inside The Human Body, being lauded by NPR’s “All Songs Considered,’ Paste, and the Chicago Tribune. The foursome soon found themselves performing their mix of folk-punk alongside the likes of Lou Reed, Matisyahu, The Walkmen, Delta Spirit, and Spoon.

11.Heaven at the Drive-In

Right now is a really exciting time for pop and rock music in New Orleans and Empress Hotel is a prime example. The group comprised of six young yet seasoned musicians is an offshoot from other bands that came before it, fellow forgers of an indie movement in the Jazz capital of the world.

Brothers Ryan and Eric Rogers on guitar and drums as well as Leo DeJesus on precussion/synth/vocals come from popular bands on the younger generation’s radar in New Orleans, like Antenna Inn and The City Life among others, and lead singer/guitarist Micah McKee founded local favorite Silent Cinema in 2002 which can be held responsible for other spinoff bands from its members, like Big History – a sexy new electronic emphasized band. The main point being, anything coming from this group of guys (and girls: Julie Williams plays keys and sings for Empress Hotel) which also includes Portland transplant Patrick Hodgkins on bass is going to be good.

“Bells Ring” is their recently released single to be included on the self-titled debut EP slated to drop in March on Park the Van Records. Whether it’s the shrill Cassio keys, the doo-woppy back up vocals or the lyrical imagery of not letting it (life?) pass by, the track instills a sense of nostalgia and envy all for an older era, childhood and even pastimes never experienced.

The drawn out, robust lead vocals that harkens The Walkmen’s Hamilton Leithauser, the steady, momentous drums and the bells that ring through the chorus also give the song a triumphant slant.

And don’t overlook “Here Comes the New Challenger” which can be found on the band’s Myspace page. The song is utterly cool with a Who-esque synth intro, inebriating lyrics and McKee and Williams’ vocal harmonies that are beyond charming.

The band has also announced a few tour dates with The Walkmen and Wye Oak.