Sir Cadian Rhythm is a noteworthy band that springs to life from Long Island, New York. The Alternative group that shares Rock Fusions sensibilities, bring to the table a phenomenal new single and video for your summer, “Gwen Barkley in the 20th Century.”

Garnering accolades from fans and critics alike, and playing sold out crowds and music festivals, the band is really making a name for themselves in the Alt-Rock scene. Reminiscent of artists that span from Maroon 5 to Red Hot Chilli Peppers, Sir Cadian Rhythm carves out their own notch in music history, one song at a time.

The group brings a varied sound to the table with musical backgrounds ranging from Jazz to Funk to Metal to Classical to Pop. Going above and beyond the call of musical duty, they take center stage with a unique and progressive sound that shows the true musicianship of the band. Their eclectic sound is a driving and prominent force within “Gwen Barkley in the 20th Century,” which sets the tone for the band and what is to come in their future.

Watch the video for “Gwen Barkley in the 20th Century” here: https://www.youtube.com/watch?v=-SQhbFWdBi0 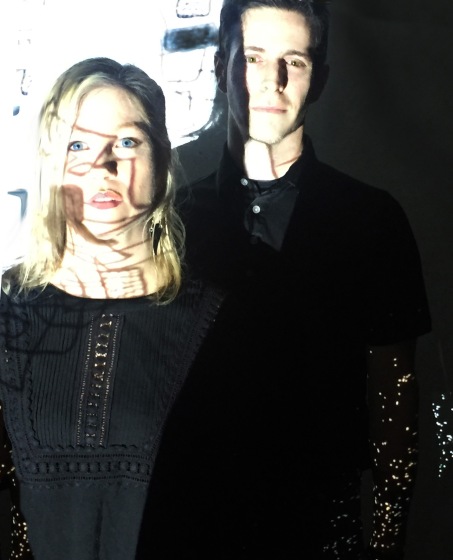 PORT OF Est. is a group that are creating their own waves in the music world. Releasing their captivating debut, Onyx Moon this Spring via their own label, Delphinium Music, the duo goes above and beyond with their intriguing new video for “Valentine In My Headphones,” the group brings an electro-pop-indie sound that will have you on the dance floor in no time.

PORT OF Est. is the creative forces of producer Todd Kitchens, and vocalist Hannah Tarkinson. Together they create an unstoppable sound that shares influences of IDM, drum and bass, shoegaze, hop hop, electro-pop, indie rock and ambient to name a few. Something to satisfy all musical palettes.

The colorful new video is gorgeous from start to finish as it features animation from animation students at College of the Atlantic, in Bar Harbor, Maine.  The video was spearheaded by artist Nancy Andrews who help direct and bring the video to life.The stunning piece shows the very essence of PORT OF Est. and helps to cultivate the sound and mystery behind the band. Their new album, Onyx Moon furthers the experience as it proves to be an instant delight to your ears. 9-tracks fill the record with indie pop goodness, that shares an electrifying experience throughout.

PORT OF Est. is about to take over the world, one song at a time. Onyx Moon is a must have record for your Summer, and for your life.

Watch PORT OF  Est. “Valentine in My Headphones,” here:
https://www.youtube.com/watch?v=Vdd_HKb13h4

Guy Grogan is not your average Singer-Songwriter. Hailing from Santa Fe, New Mexico Grogan shares an impressive set of songs on his ninth album release to date. Garnering an array of accolades throughout the years, Grogan is a one-man band who not only self-releases, but self-produces as well.  Recalling influences ranging from Elliot Smith to Dinosaur Jr., he impresses within every song on his newest release, Dynamite Bouquet.

Released earlier this year, the record is filled to the brim with dashes of Pop sensibility. The tracks on the album range from Metal to Jazz, creating a special element of expression.

Standout tracks include the heavy-hitting and angsty “Metafixation,” to chilled out songs such as “Moonbird.” More personal and ballad like pieces such as “What If I Told You,” are just as prominent in Grogan’s musical musings, proving that he can perform any genre without flaw.

Hailing from Brooklyn, let’s get acquainted with Charlie Funk. The highly sought after and critically acclaimed songwriter for the infamous True Groove Records, is ready to shine on his own with an impressive batch of songs all of his own.

His new endeavor in the form of the album Give Me a Groove includes standout pieces such as “Sexy Cutie, ” and the infectious single, “Lunch in Babylon.” Bringing to life his unique and captivating brand of Funk with the help of prominent artists such as Michael “Kidd Funkadelic” Hampton, Amp Fiddler,  Mac Gollehon (Nile Rodgers, David Bowie, Simply Red), Marla Mase, and The True Groove All-Stars.

Funk truly lives up to his name as everything and anything is fair game on the record. An enjoyable listening experience from beginning to end, you will find yourself up and grooving no matter where you are.

Even if you aren’t a fan of the Funk genre, Charlie Funk breaks new barriers with this impressive and noteworthy release, that will quickly become the soundtrack to your Summer.

“Get It Right,” is the newest single from Eagle I Stallian & Quilla. The powerful and astonishing piece is driven by elements of human emotion which range from love to the determination to move forward in life.

Laced with inspirational lyrics, the song takes center stage with an introspective and uplifting vibrancy. “Get It Right,” is the perfect first glimpse into the fresh musical endeavors of Eagle I Stallian & Quilla. Eagle I Stallian, best known for their Heavy-Rock laced Electronic music, joins forces with Quilla to create an unstoppable and buzzworthy force, that will make “Get It Right,” an instant and captivating favorite for 2016.

With impressive elements that range from influences from House Music to Indie Pop, the group recalls sounds of artists such as Grimes and Knife Party; these features are spread throughout the piece create a unique and cohesive sound that evokes vibrancy….and leaves you craving more.

Listen to Eagle I Stallian & Quilla “Get It Right” via Soundcloud:

Hailing from the United Kingdom meet The Cheek of Her, the prominent outfit from Singer-Songwriter and pianist, Helen Dooley. Blending classic elements of Pop, Rock an Alternative stylings, The Cheek of Her will be a hit with the fan-bases of artists such as Lily Allen, The Dresden Dolls and Kate Nash.

Garnering accolades from the United States, United Kingdom, Switzerland and beyond, The Cheek of Her releases a special and captivating EP, Black Heart Mantra, which shows the very heart and soul of Dooley’s musical venture.

“9 Lives” is the latest single from the album which shares a captivating animated video in tow. With Dooley’s heavenly vocals intertwined throughout, the story is blissfully brought to life.

With the help of Pedro Chaves of Dream Journey Studios, the video proves to be The Cheek of Her’s most adventurous and entertaining yet. The noteworthy piece helps to set the tone for the prominent EP which is perfect on every level.