Can’t Curse the Free is the insightful new release from indie singer-songwriter, Jetty Rae. Throughout the course of the record, Rae brings elements of an array of genres from Folk to Rock. The journey has been a long one for Jetty Rae, which comes across in her songs, as she spearheads duties on the record.

Tracks such as the newly released “Can’t Curse the Free” and “Take Me to the Mountain,” gives an insightful  glimpse into the world of Jetty Rae; filled with storytelling and haunting tones that continue to echo throughout the record. Immediately listeners can tell that these songs come from a deep place that is brought to life within every listen.

Personal favorite “Queen of the Universe,” sends a chilling sound within  the record, which brings the essence of Can’t Curse the Free full circle. Jetty Rae’s touching and often inspirational messages are something to hold tightly onto, and then some. Can’t Curse the Free is available today, here: http://jettyrae.com/ and https://itunes.apple.com/us/album/cant-curse-the-free/id1200191246

Singer-songwriter Mike Marino is more than just a Alt-Country laced artist that hails from the East Coat, but can also be viewed as a ‘listening experience’. Recently giving a listen to his new album Tomorrow’s Yesterday, I was immediately drawn to his heartfelt sound. This album blew away any expectations I had going into it.
With twinges of adult contemporary style laced throughout, Marino creates music for the masses. Marino takes the performances on the record to a whole new level, adding an intimate and intricate touch on the piece. His lustful vocals speak volumes in every song, showcasing his musical talents throughout.  “My Old Town” breathes a glorious life into the album s it shows Marino’s accessibility and honesty as a songwriter.
Soulful vocal harmonies accompany Marino on the album, which is a nice addition to the collection of songs “Turn It Around,” proves to be an epic piece in its own right, chiming in right from the start with a bright tones that takes us on a musical journey.
Marino’s voice is accessible and this is perhaps his best performance on the record (but it’s a close call because they are all epic in their own right). Closing out the album is “Lonely Road,” which brings things out with a bang. The  guitars are bright, and are accompanied with harmonious vocals that bring the song and record to life. Mike Marino is creating music for the masses, so open your ears and listen in.
Purchase Mike Marino’s “Tomorrow’s Yesterday,” here: http://www.cdbaby.com/cd/mikemarino4
by tonyachin 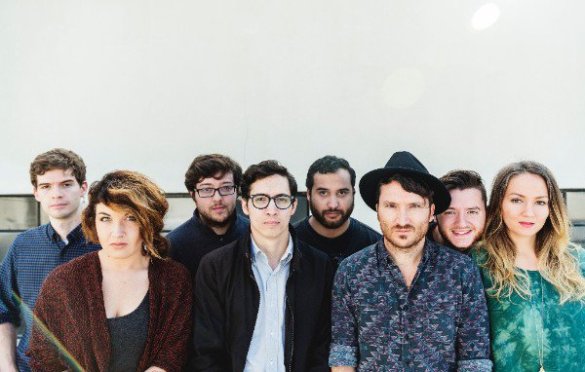 The Pinkerton Raid prove to be as intriguing as their name. Fronted by the eccentric singer Jesse James DeConto, known for his echoing indie vocals, he is joined by an equally as talented band which hails from North Carolina.

Just unleashing their newest release, Tolerance Ends, Love Begins, the record takes you on an unexpected musical journey that will leave your ears ringing…in a good way. Filled with stunning tracks, sit back and get ready for the ride that is The Pinkerton Raid.

Their latest single to hit the streets this past month, “Righteous Rain,” helps to set the band apart from the rest. The vocal harmonies make this one an instant favorite, as it is one of the catchiest pieces on the record by far.  Alongside bright harmonies that echo throughout the record, the album as a whole is brought to life with resonating guitars, and an array of other instruments that all fit together nicely.

Rest assured, as you will be pleasantly surprised with this gem from The Pinkerton Raid. Pick up your copy this week on Bandcamp and CD Baby respectively.

In Justin Michael William’s newly remixed single “Here With Me,” we hear the shards of pain as he hopes for his love lost to return as he struggles to come to face with himself in a world that does not always make it easy to do so.

The fresh take on the track was remixed by Sol Rising and places a more sonic and trap vibe on a gut wrenching melody. By doing so, Justin conveys the meaning of love lost and self-acceptance with a whole new undertone. In summary, the album “Metamorphosis” channels classic elements of love, loss, and self-acceptance and is a brilliant examination of the human experience through Justin’s eyes. 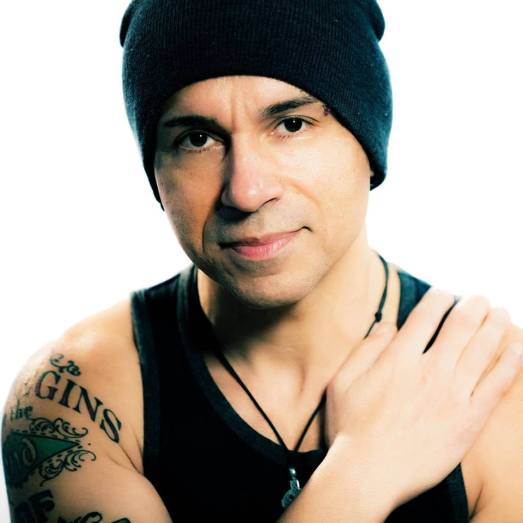 The combined musical forces make Dino Jag an absolute powerhouse. His brilliant sound is brought to life with a captivating vibrancy that pulls you in listen after listen. Pieces such as “Nothing But You” are filled with a pop-sensibility and harmonious vocals, and throughout we hear a guitar that is filled with energy and life.

Dino Jag’s infectious voice sets the tone for each piece as he dives deeper into the release. Garnering acclaim on an international level, this is only the beginning of Dino Jag, and we can’t wait to hear what he has to offer next!