Brooklyn’s A is for Atom is back at it again with his new single “Last Man on the Moon.” Mike Cykoski is the genius behind the musical moniker, which impresses us with every listen. Taking the time to share a few words about the track, take a peek to what he has to say, below.

“I wrote “Last Man on the Moon”  that explores the theme of never being able to go home again and nostalgia. On the surface it’s a sci-fi story about a man in the future watching the destruction of earth from his base on the moon. He is extremely frightened and feels understandable loneliness and isolation as the reality of his situation sets in. He’ll be stuck on the moon for the rest of his life and can never go home—he sends a signal into the emptiness of space at the end and realizes that it’s now a long way down and he’s doomed.

“Last Man on the Moon,” can be found via Soundcloud. On October 13, A is for Atom will also release his newest record, so be on the lookout! 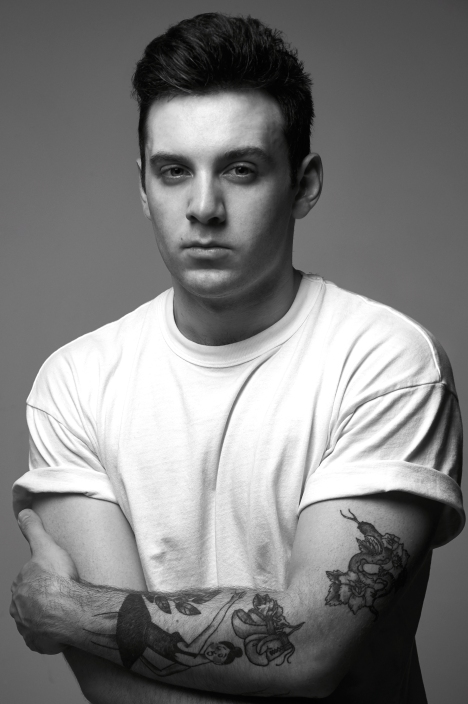 Joe Wood has just released his new infectious piece, “Somethin Bout You.” The follow up to “Rush,” Wood brings an enticing and symphonic sound to the table. Throughout the track his voice is gorgeous and smooth with a hypnotic beat that is laced from start to finish. Destined to be a musician, Wood was born with the perfect pitch. Teaching himself both piano and guitar, he has a stunning talent for writing irresistible and memorable hooks and instrumentation. His vocals and lyricism are captivating as he brings a blend of a prominent guitars, hip hop beats, a dash of pop and a little bit of synth into play. “Somethin Bout You,” is bound to be one of your new favorite singles of the year. I can’t wait to hear what else Joe Wood has up his sleeve…

Beto Hale releases Orbs of Light today.  It is his first full-length album since 2012.

The songs range in influence from progressive-rock, to Beatles, Bob Dylan, 80’s Pop and Post Punk. They all fit cohesively into one idea and the listener walks away with the deep sense that everything is going to be alright.

Orbs of Light is a collection of 10 original songs.  Beto wrote, performed, and co-produced and played drums, percussion, bass, electric and acoustic guitars, mandolin, keyboards, piano, and sang lead and backing vocals on 90% of the album. It was recorded at Los Olivos Recording Studios, Beto’s new, 2000-sq. ft., state of the art facility in Los Angeles.

The lyrics have a positive message meant to counter the current negative atmosphere pervading the news.

According to Beto, The title track “Orbs of Light” was originally conceived as a song about hope; amidst the negativity that surrounds us today, it talks about being strong, believing in yourself, no matter how many terrible things you have witnessed or experienced. The Orbs represent the eyes, which in turn reflect ones spirit.

Our favorite is “Far Away” which is about a deep love for someone who has left us physically but not spiritually. It’s not about someone who died, but rather about someone who had to go away for some reason. The connection you can hear is is deep, and the singer is expressing not just hope, but certainty that, even in the face of despair, he will still remember and love the one who left.

Listen to the album here:

Macy Todd is gearing up to release her sophomore effort “Give It Up.” Channeling the vocal powerhouses that launched her career the first time around. “Give It Up” came to Macy while her longtime producer and collaborator, Dan Hannon (Manchester Orchestra, A Rocket To The Moon) was recovering from surgery to remove a cancerous lesion from his vocal cords.
While in the hospital, he was told he wasn’t allowed to speak for three days, but couldn’t get the melody (or the idea of Macy singing the track) out of his head. Deciding to break doctors orders, he whisper-sang the single to Macy on a call, and ran right from the hospital to the studio to record it the very day he was discharged.
SPOTIFY: https://open.spotify.com/track/0XL52LTDjYpx6Q7Fl1Q5VL
FACEBOOK: https://www.facebook.com/macytoddmusic/
TWITTER: https://twitter.com/macytoddmusic
INSTAGRAM: https://www.instagram.com/macytodd/
by Jane Lambert

1403, the brainchild of Tom Cameron, is something of a secret weapon, sweetening tracks and adding artistic dimension with his boundless musicality culled from classical music, hip-hop, soul, jazz, blues, rock, indie, pop, and EDM. In this realm, he’s collaborated and created as a singer, songwriter, multi-instrumentalist, and producer.

Marquee entrees in his resume include writing and collaborating with artists such as Sasha, Disturbing London’s G-FrSH and Cypress Hill, among others. He has also contributed to various film scores and advertising campaigns across a wide range of genres and styles.

​Check out the music video for “Ferris Wheel” here: https://www.youtube.com/watch?v=2riHybK0Fn0

Sarah Ragsdale writes straight from the heart, and her new video for “Ferris Wheel” is evident of that.  With an eclectic background and her very diverse artistic experience has seen her traveling from Appalachia to West Africa. This has provided a large palate to describe very personal and emotional accounts for herself and others.

“Ferris Wheel” comes off Sarah’s upcoming album “Whimsical Romance,” about the romantic story called life, and the ups and downs that come along with it. “Based on true stories, mixed with some fantastical exaggerations, the album covers the vast array of emotions that come along with relationships.” The video is enchanting just like Ragsdale herself.