Listen to Me! I’m on the Stereo, Stere-ooooo: A Pavement Story
by melissa nastasi
september 20, 2010 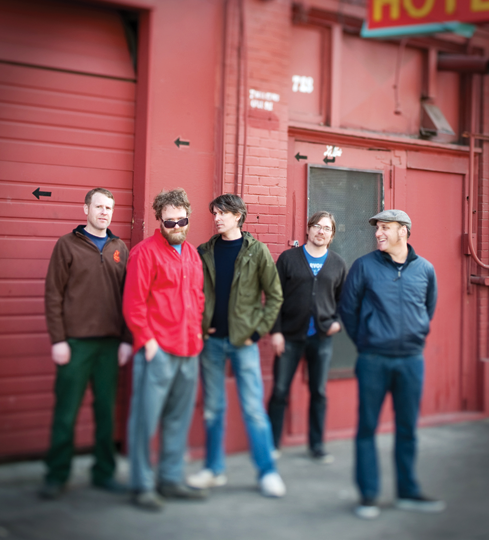 Since the age of 12 (Yea we’re talking like 1995) one of my favorite bands has been Pavement. In a time where New York City wasn’t easy accessible to me, and hell, face it, what parent wanted to go to a Pavement show, yet alone an Alternative/Indie show?, I was taken by this band. Now remember we didn’t have the internet and unless you sat all day to find X-107’s Concert Calendar on the radio, you had no idea what the hell was going on. In this case I never saw Pavement live as a teenager.

I remember hearing the news that Pavement broke up. I believe Matt Pinfield stated the news on 120 Minutes on a Sunday night and then they played “Spit on a Stranger.” My little heart was broken. I remember it like it was yesterday.

The year was 1999 and I still hadn’t turned 16 yet. I believe if I had never found Pavement, I would have never been introduced into the whole world of indie music and culture. They made me want to discover more and find bands out there that were out of the norm. Just like them. Indie, or “College Rock” as we used to call it, was nearly unheard of for a teenage girl in the isolated suburbs of New York. Wasn’t I supposed to be listening to TLC or Marilyn Manson? No thanks, I’ll pass.

It’s weird to say that a band has had a profound effect on your life, but it’s true. I guess if you can look up to a political figure or author, I can look up to five average guys who want to make rad music. Don’t judge me.

This week Pavement is taking over New York City. They played at the Williamsburg Waterfront last night, and are scheduled to play Central Park’s Summerstage from Tuesday to Friday. I have the childhood dream of seeing the band twice this week. Once just wasn’t enough because there is a good chance this may be the only reunion. Who knows? I’m taking advantage of that fact.

Come say ‘Hi.’ I’ll be the girl with the big smile on her face.