Maggie Szabo is one of the hottest artists of this Summer. With a series of releases in the form of singles, remixes, EPs and videos this year, this Cali-based girl is definitely going the extra mile, with impeccable work to boot. Maggie Szabo has done some lucrative collabs with top DJs. Some of her premiers/interviews include The Advocate, Billboard, Popdust, Huffington Post, Perez Hilton and EARMILK and she’s landed multiple sync placements (NBC, Netflix, Disney, E!, etc.). She’s also an LGBTQ advocate and works with the Trans Chorus of Los Angeles.
Maggie stopped by for our Video Voyageur series for her new video “I Don’t Need You,” which you can get of a glimpse of below!

With every one song I release, there have been quite a few others that are written. Not every song I write ends up getting released, and usually when a song is done I love to get feedback from my team as far as which ones they really resonate with. We decided that ‘I Don’t Need You’ would be a great single to release, and one of my favourite parts about releasing a song is creating a music video for it. It gives me the ability to get visually creative, and that’s why we ended up creating a video for this song.

What was the inspiration behind this video(visuals, storyline, etc.)?

The music video opens up with me sitting in a wedding dress planning my fairytale wedding to my boyfriend, who I might add hasn’t proposed yet, only to receive a text from him that he’s dumping me! I won’t give too much away, but you basically won’t find me crying about our breakup. When I wrote the song, it was important to me that it was an anthem for independence and personal growth. I wanted the visuals to reflect that but in a fun, celebratory way. I wanted to show that being alone isn’t a bad thing and that when it comes down to it, it’s up to you to create your own happiness.

This is the first music video I ever shot during a time like this. Being in a pandemic, there were obviously a lot of limitations and I wanted safety to be first priority. We kept our crew down to only a few people, and I wanted everyone to be able to socially distance. That’s why throughout the entire music video there isn’t a single scene that I’m actually in with someone. I ended up shooting it at a friend’s house, which gave us a lot of outdoor space and it meant we didn’t have to change locations. It forced me to really get creative with the concept and make the most of the situation.

Audra Santa’s genre-bending style has been dubbed “Noir Soul”, combining elements of trip-hop, dark-pop and art-rock with rich, ambient textures. Her upcoming EP, The Boudoir Project, is a collection of sensual, downtempo electronica.

Audra recently released her new single, “Naked”: “I want people to experience a sense of inner awakening when they listen to my music, whether they feel emotion or examine their shadow self. Music has a way of helping us discover parts of ourselves we would otherwise keep buried.”

Sensual and expressive, Audra’s voice shapeshifts from whispers to draw you close and strength to bring you to your knees. Her bad-girl gospel will have you ready to join the choir by the time she’s through with you. Audra’s upcoming EP, The Boudoir Project, is a collection of sensual, downtempo electronica. 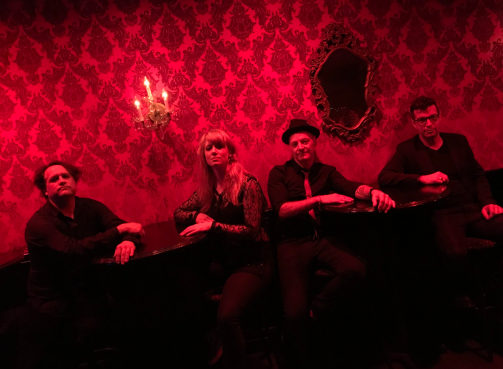 Ron Hawkins has long been revered as one of Canada’s greatest contemporary singer-songwriters.

As lead singer/multi-instrumentalist and main songwriter of Canada’s legendary Lowest of the Low, Ron Hawkins has enjoyed many accolades through the years:
In 1996, 2000 and again in 2005, Chart Magazine honored the group’s 1991 debut album, Shakespeare My Butt, with spots in the top 10 of the Top 100 Canadian Albums of All Time. In 2000 and once again in 2015, Hawkins was voted Songwriter of the Year by NOW Magazine’s reader’s poll. Also in 2000, Ron received Toronto station 102.1 The Edge’s Lifetime Achievement Award. In 2008 The Lowest of the Low was inducted into the Canadian Indie Rock Hall of Fame and awarded gold records for Shakespeare My Butt.
Over the years, Ron has written and released seven LOTL albums, five solo discs, three records with his band The Rusty Nails, and two records (one a double album) as Ron Hawkins and The Do Good Assassins. That’s 18 albums of original material to date plus a commemorative vinyl box set called Shakespeare My Box – an anthology of the entire Lowest of the Low catalogue.
His latest album with The Do Good Assassins, 246, will be released August 28th 2020, with Teenage Insurrection,” the LP’s first single, out now.

246 was recorded on a 1985 Tascam 246 4 track cassette recorder in drummer Jody Brumell’s living room. The ethos of the record is “all analogue, no digital tomfoolery.” All tracks were recorded on the 4 track and mixed through analogue outboard gear. The idea was to make a record with extreme limitations – just four humans making music in a room with no bells and whistles. Think Guided By Voices or the Beatles on the roof of Abbey Road.

Toronto-based singer-songwriter Katey Morley has crafted a batch of very fine, slow-cooked and sonically delicious tunes for her fourth EP, Hearts & Heads & Thoughts & Deeds. In it, you will recognize the seriousness of folk, combined with a heavy dose of country earnestness, and delightfully sing-able pop melodies.

The EP’s first single – “The Guy Who Breaks Things” – is a dark and twangy account of a well-intentioned mess who accidentally topples everything in his wake. A self-taught composer and multi-instrumentalist, Katey plays dulcimer, autoharp, keys and percussion, but it is her voice that captivates listeners and that has earned her loyal following. Soft and vulnerable for a moment, and then suddenly unleashed, it is a powerfully dynamic instrument, drawing comparisons to the likes of Linda Ronstadt, Brandi Carlyle, and Sinead O’Connor.

Over the last decade and a half, she has been producing and recording original songs, while supporting herself as a world-touring club DJ, session singer and designer. With Duncan Coutts (Our Lady Peace) and producer Scott Currie (Emily Haines), she recorded the award winning “Noah” (Great American Song Contest), capturing the attention of the legendary Garth Hudson of The Band, who travelled to Toronto to perform organ and accordion on four of Katey’s original songs. 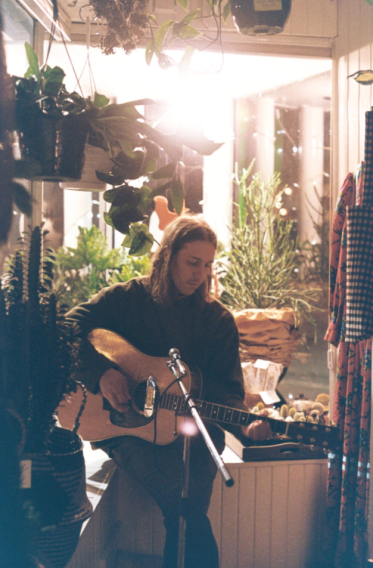 Will Powers is the brainchild of songwriter/multi-instrumentalist/producer Oli Palkovits. Oli won the 2019 NOFMA Outstanding Album award for his 2017 self-release, Flowers of Atacama. Following the release, he moved to Montreal, where much of the material that would become the Will Powers’ debut EPs was written. He has since moved back to Sudbury, and is currently working on several albums with members of Murder Murder and Tommy and the Commies.

Despite being written three years ago, “Rivers,” the first new single to be shared, could not be more timely or topical. Having often thought about the significance of his family owning a cottage on the French River, Powers penned “Rivers” as a personal acknowledgement of the complex realities behind his presence on that land.

Give a listen, below:

Toronto-based pop rock sibling trio Ferraro –  guitarist Cosmo, bassist Tally and drummer Gianni (all three handle vocals) – is transforming a lifetime of experience into a well-oiled recording and performance machine as they rev up their career aspirations.

Ferraro’s (as yet untitled) EP and its “upbeat, fun songs that people are able to dance to” – as Gianni calls them – and “themes of love, relationships and partying”- as Cosmo labels them – will go a long way to establish the band as dynamic entertainers.

Seeing so many people, friends, being bogged down in a life they don’t particularly enjoy and craving some spontaneity was the inspiration behind the trio’s new single, “Fool’s Paradise,” is available now!