THE GREAT WORK have just released their new single titled “Medicate the Babies Awake,” the first in a series of singles that will be brought to life in the next several weeks. The heavy-hitting track indulges in intricate guitars and standout vocals, making a song that will appeal to the masses.

THE GREAT WORK is an American rock band from the San Francisco suburb of Antioch, formed in December 2013. The band consists of frontman Mitchell Young, guitarists Jacob Broughton and AJ Manalaysay, bassist Matt Rush and drummer Will Jenkins. With an emphasis on melody, The Great Work blends a progressive thought process into a dark yet harmonious soundscape with intricate guitars and rhythmic patterns complementing each other systematically. Colorful, meaningful with bits of wet.

The past couple of years, it seems to me that the dawn of the Brooklyn music scene is creeping into Queens. A handful of notable new bands and musicians are emerging, that are creating quite a name for themselves. Recently, I had discovered The Workers, who hail from Middle Village, Queens. The group are a fresh alt rock band, who have just released their latest record, Totem. Fronted by award winning musician, Dan Greenwald, the group likens themselves to REM, Elliot Smith and Pink Floyd. Totem is also engineered and produced by Will Hensley, who has been involved in mixing Coldplay albums.

“Death Race” opens the record, which is a stunning way to kick things off. Greenwald’s voice is reminiscent of Robert Schneider (Apples in Stereo) to me. The guitar solos are nothing short of mesmerizing, as they swirl around Greenwald’s voice effortlessly. “Boomerang,” is heavenly with pedal slide guitars to greet you from the intro on. Greenwald talk-sings throughout the piece, creating a musical journey with gorgeous harmonies in tow. His lyrics are deep, and sentimental, and work flawlessly with the piece.  Closing out the album is “Big Time,” which brings things out with a bang. The acoustic guitars are bright, and are accompanied with harmonious vocals that bring the song to lie.

The Workers’ Totem, prove to be a stunning piece of work, and a nice way to close out 2014. Check out their record via Bandcamp, HERE.

Brooklyn based experimental artist goste is doing great things. Recently touring the US and Europe, the musician is back with his 3rd EP, titled Eugene. The moniker of Owen Ross, he totes the badge of being a producer, instrumentalist, and composer. Rave reviews from fans and critics alike, have made goste a name to watch out for this year. The heavy hitting new single from the record, “Loaded like a Pistol,” is a dreamy combination of hazy vocals and textured beats. With a captivating video in tow, goste gets better with each and every listen. Hypnotic, is the only way to describe the sound he is creating. Track after track from “Volcanoes (Slow Fade)” to “Single File,” each and every song delivers without missing a beat. His use of live instruments to collaborate bring the pieces to life even more so, and creates a whole new noteworthy and jaw dropping experience. Goste proves to be a real artist, and a phenomenal one that that. 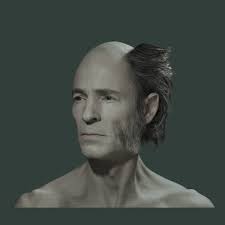 Tom Levin is has just released his new album, Them Buffalo, which is laced with folk tendencies and rock rebellion. Levin grew up in Sweden, before relocating to Australia for University where he began to write songs. Garnering critical acclaim with his accessible brand of music, Levin proves to be an unstoppable musical force. Them Buffalo is the sixth album that Levin has released, and the second he has put out this year alone. The earlier 2014 album titled Them Feet, is a slower approach to music, as Them Buffalo proves to be a faster and more vibrant take on his musical endeavors.

Lindsay Mac is a musical inspiration, overcoming the odds of the possibility she would not be able to perform music anymore. Lindsay Mac started out as a Folk musician, when a tragic accident left the singer-songwriter without being able to use her strength to play her instruments. Back with a new attitude and musical lust, Lindsay Mac has turned to Pop music as her inspiration, citing Katy Perry-esque influences. 2015 will see Mac releasing her Pop debut, Animal Again, which will surely appeal to many. Below you can give a listen to her hypnotic new single, “Remember,” the first single off of the record, and a perfect first listen to Mac.