Rivita is quickly becoming a mainstay in the New York scene…and beyond. Currently calling Brooklyn home, Rivita is quickly revealing herself as one of the best kept secrets of 2019. Today she comes to us in the form of her new single “Everyday is Beautiful,” which truly shows the essence and vibrancy of the artist. The track is absolutely addictive from start to finish as her sound is like nothing your ears have heard in the past few years.

Rivita recently shared with the world her view point of the song:

“To me Everyday is Beautiful describes the joy that comes with walking in the direction of your dreams and living your purpose. I think if we wake up everyday with a plan and decide that this day is going to productive and wonderful then we can achieve anything. Music is my life and because of it, Everyday is Beautiful !”

It’s vibrant, it’s fresh, it instantly proves that she has stying power as an artist in the current day scene and beyond. Her vocals hover like a dream over a melodic bed of vocals, that has you wondering where Rivita has been your entire life. Dig into her new single below and keep an ear out….this is only the beginning for the buzzworthy artist…

Give a listen to Rivita’s New Single here: 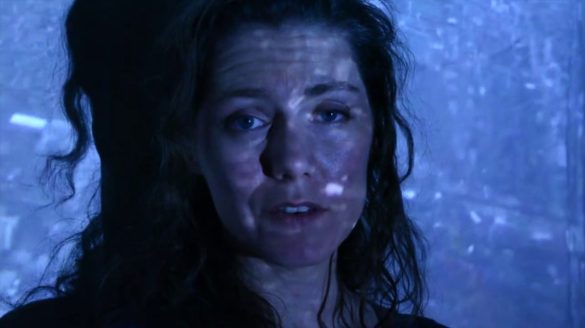 After a long break from focusing on her own music, Catherine MacLellan returns with a record of transition, heartbreak and the joy of life, a much anticipated 6th album of original work. Although this is a return to her own music, Catherine has been busy for the last 4 years creating an album of her father’s music, a stage show and a documentary all in tribute to her late legendary father, Gene MacLellan. Currently sharing her new piece “Out of Time,” give a listen and watch: https://youtu.be/v9tUI7sf2DU

“It’s been an important time for me,” says Catherine, “bringing my father’s life and music back into the world. I’ve learned a lot about myself and and who he was. I’m ready, though, to get back to my own path and to bring these songs into the world. They’ve been waiting for me.”

Her last album of original material, THE RAVEN’S SUN, won a JUNO for Roots Recording of the Year in 2015. Since then she’s been building a backlog of songs just waiting to come to light. COYOTE is comprised of 14 songs that take the listener through a journey of loss, change and new love. The songs are a result of big changes in her life and perspective and it was recorded in PEI at her home studio. And while The Raven’s Sun was an intimate look into her musical work with long-time collaborator Chris Gauthier, COYOTE builds on that and adds the sounds of a fuller band as well as some more traditional East Coast instrumentation of accordions, fiddles and bouzouki. Produced by Catherine herself, this album is not a return to the status quo, but is a sonic departure and a continuation on the road deeper into the depths of her songwriting heart.
Connect with Catherine via:

B.Knox didn’t just have a hidden talent; he was a hidden talent, until now. A school teacher, who wrote songs for himself, only in 2019 did he consider a career switch to music.

His first single Deep Dark Love is lyrically and thematically, about forlorn or forbidden love, however you choose to see it. “A song of longing and sadness, but spaced by moments of apology and, dare I say, hope. The images are pulled from the two wells of inspiration that I often draw from – heartbreak and landscape.”

Lily Frost helps to usher in a bit of nice weather with her new single and lyric video for “Cruel World (Nickel & Dime).” Lily Frost is definitely a name you need to add to your radar if you haven’t done so already..  The award-winning Canadian singer-songwriter made her start in the Vancouver Lounge scene of the 90’s, quickly becoming a placement darling with songs synched in Grey’s Anatomy, Crazy Beautiful, Workin’ Moms, Charmed, Felicity, and Degrassi, promotions for Chevy Cobalt, and Gemini-nominated work on the theme song and score for international hit TV show Being Erica.

Lily is also known for her charismatic and dynamic stage presence, working the crowd.  Her style can emulate Audrey Hepburn’s cocktail sophistication, become tongue in cheek like a 60’s stewardess, or take a leap to the savvy edge while at other times she is as soft and breathy as an actress in a Jean-Luc Godard film. With her new single in tow we are head over heals for Lily Frost and her charismatic brand of music. 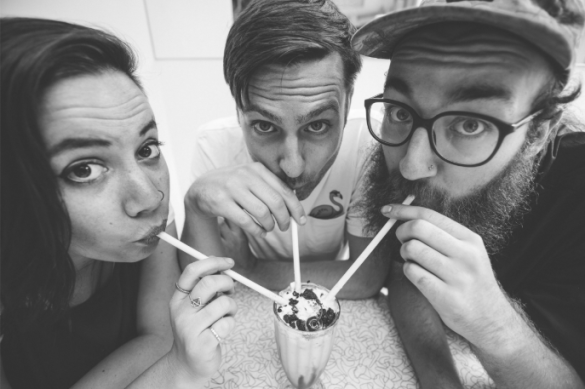 ALTERED BY MOM combines a knack for infectious melodies and classic songwriting with a quirky sense of humour and a tongue-in-cheek post-grunge aesthetic – like Sloan had a baby with Barenaked Ladies… and then that baby stole your cigarettes….we’re sold ( I mean, c’mon who doesn’t like a little dose of Sloan?) Their new single “Hear That Sound” is taken from their solid release “TRAPPED IN AN MP3.” Quick witted and solid from beginning to end, get ready for your new favorite song of the summer.
Listen in here: https://soundcloud.com/user-239317256/alteredbymom-hearthatsound/s-e5GZp 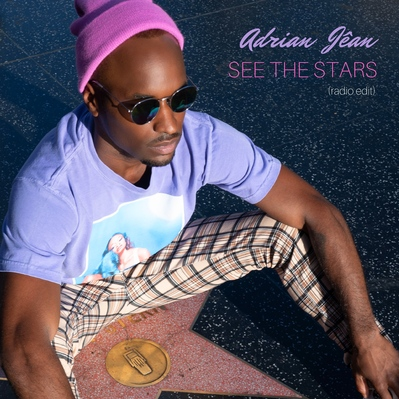 Rising talent Adrian Jêan brings a charming and explosive new single to the table, “See The Stars.” The track finds Adrian negotiating leaving home despite his grandmother’s disapproval. The song offers a simple and engaging, but never cliché, message of following your dreams: “I wish you could see the stars/even though you’re blinded where you are ….It can be a lonely fight but it’s worth the ride.”

Adrian has led a whirlwind life that’s taken him from the poorest neighborhoods in Philadelphia to glamorous nightclubs, to homelessness and redemption. Thel Los Angeles-based singer-songwriter is filled with vibrant and smokey Soul channels which bring an intimate yet infectious pop-meets- R&B sound.

Give a listen to his new single “See the Stars,” and be over the moon for Adrian Jêan: