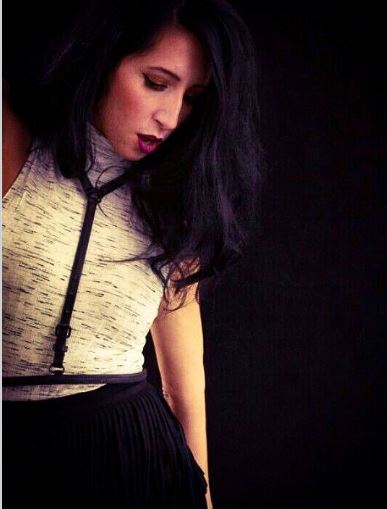 Hailing from the great land of Toronto, Canada, meet Chrystyna Marie. The eclectic songwriter and vocalist portrays her knack for songwriting and musical essence throughout her critically acclaimed Loaded Gun Ep, which was released earlier this year.

Inspired by the likes of Janis Joplin to Etta James, she also recalls inspiration from newer artists such as Christina Aguilera. “Loaded Gun,” her first solo single on the effort, shows her musical passion and displays her true artistry as a singer-songwriter, who goes above and beyond to  impress listeners with her skills. Creating a musical journey on her own terms, Loaded Gun is an insightful glimpse into her musings, bringing a brilliant sound to your ears. 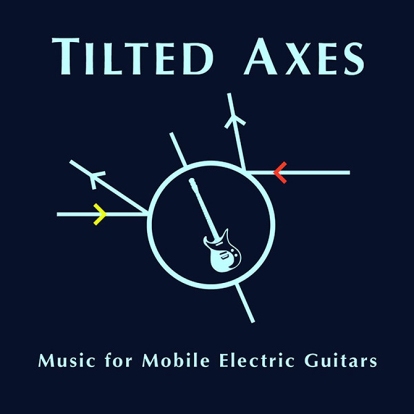 Tilted Axes share a prominent new release with the instrumental record, Music for Mobile Guitars. The unique record is a captivating display which is filled with 17-songs of electric guitarists that have come together for the greater good of Rock music.
Brought together by musician Patick Grant, who is also Classically influenced to boot, the stunning release is a stirring pot of musical influences.  Standout tracks from the album include pieces such as the enticing “Polymetric Patterns,” and “Beaubien Blues,” which are unique and captivating from start to finish.

Alongside Grant are players Matt Grossman, Daniel Reyes Llinas, John Halo, Randolph Hudson III, Reinaldo Perez, Nick Didkovsky, Gene Pritsker, Howard Glazer, Anthony Mullin, and Larry Simon,  Jeremy Nesse, Dan Cooper,  John Ferrari and Cesare Papetti who all bring something special to the record, that keeps me coming back to listen time after time. Every note, every beat is perfection as the project proves to be a true labor of love.

Head to Bandcamp to pick up the record: https://tiltedaxes.bandcamp.com/releases

bitter’s kiss is back at it again with her infectious new song and video for “My God.” With songwriting that is filled with emotion, she offers up a piece that is charming and unique.

For audiences of artists such as Regina Spektor to Nellie McKay, she shares a Pop-laced Indie songs that will echo throughout your ears. Garnering critical acclaim from the masses, her sound is both honest and earnest, and takes us on an incredible musical journey.
Watch bitter’s kiss “My God” at Youtube: https://www.youtube.com/watch?v=ss2qRp0lox8
Websites:
http://www.facebook.com/bitterskiss
http://www.bitterskiss.com
by tonyachin

On the rise musician, Henry Chadwick, takes over New York City next week, with not one, not two, but THREE shows in the area. The California native comes to the East Coast on his solo endeavor for the first time since releasing his acclaimed debut release, Guest at Home, earlier this year. Quickly becoming an Indie-Pop staple, Chadwick heads to Rockwood Music Hall, Pete’s Candy Store, and a very special performance at Sofar Sounds. Be sure to catch Henry while he’s on the East coast, as these are dates you will not want to miss!

Don DiLego has recently announced that he will be hitting the road this Fall on a tour that reaches both the East and West Coast of the U.S.. Known recently for his acclaimed record, Magnificent Ram A, which is out now via One Little Indian/Velvet Elk, the musician heads out for a lengthy jaunt which includes key dates such as The Mint in Los Angeles, and the Bowery Ballroom in New York City with Jesse Malin (an artist which Don has also recorded and produced). Breaking through this year with Magnificent Ram A, DiLego has also treated us to new videos such as “Don’t Bury Me Alive.” The tour, which takes us into the Year end, will raise your spirits for the holiday season, so be sure to head on out!