You may have not heard of Colin Caulfield, he is still ready to tell you his story. Or rather, stories. The young singer-songwriter, going by the moniker Young Man, has just released his debut EP Boy. He’s also just released the live video for “Just a Growin.’”

Caulfield has started a growing arnsel of music, a mixture of both originals and covers. With his first venture out on his own, he’s turned to writing about himself and the basic troubles of growing up. Check out the video of Caulfield crooning on “Just A Growin’” below.

Boy is digitially out now via iTunes and will be physically released October 12th.

With an overly-ambitious concept that’s so overly-ambitious that it has to work in some realm, The Octopus Project are set to release Hexadecagon.  To make sense of the name, the group already blew minds at last year’s SXSW by arranging 8 speakers and 8 synchronized video projections into a 16-sided audio/visual carousel.  The project was the result of tireless work to refine home-crafted electronic equipment to configure the 8-channel audio system the album was recorded on.  The album was inspired by minimalist composers Terry Riley and Steve Reich, which is apparent in how structured and articulate the theoretically chaotic new songs are.   Though it starts out sounding like the next iPod or Google commercial, soon 40-plus piano tracks loop together to form a visceral, auditory spaghetti.  Give the track a listen HERE, on headphones preferably, and look out for The Octopus Project on tour with STRFKR on these dates:

All shows with Starfucker (except *)
# w/ We Are Scientists, Rewards

Active Child and School of Seven Bells have tamed to bring their fans a unique gift.

Both bands have teamed up for a 7” split that has both bands remixing each others songs. In addition to the remixes, the bands are also having the songs made on limited edition mixed colour vinyl, of which none will alike.

A truly unique gift for fans.

Both bands are currently on tour together in the States.

The 7” split is due out October 26th via Lefse Records. But check out Active Child’s take on SVIIB’s “Heart is Strange’ below.

Cary Ann Hearst writes in her bio on Myspace that “those who hate country music hate her especially for forcing them to like country music.” Indeed, don’t expect to hear Taylor Swift when turning on her music. This South Carolina girl has an edge and roughness seldom heard in today’s country music scene. This week, on My Old Kentucky Blog, she premiered her video for the song “Hells Bells,” off her EP Are you Ready To Die Yet, out on Filter US Recordings. She appears in a silent movie-inspired setting as a joyful bride turned into a murderous betrayed wife. This song was recently featured in HBO’s True Blood; that’s how bloody it gets.

Watch the video below:

Casiokids may have had good reason to cancel the remaining (a once in a life-time show), but they are making it up. The quartet will be back in the states for a select slew of shows.

The band spent the summer winning respect from pop veterans a-ha, even wining some cash from a fund started by the pop stars to help Norway’s up-coming pop stars. After winning the contest, the band was invited to play one of a-ha’s farewell shows in Norway.

The band will be playing a few shows this week all over the country, even taking part at Filter magazine’s Culture Collide festival in Los Angeles.

As if making amends for their canceled shows, the band recently release their newest single “En Vill Hest,” along with two remixes and their music video. 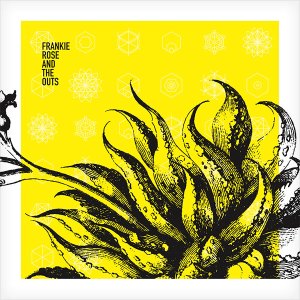 Frankie Rose and the Outs’ self-titled debut album is at one point an artful, nearly abstract collection of sketches and at another point a nearly arch exploration of the modern synthesis of girl group sounds and gossamer strands of various ‘gaze’ and art rock entities. The band leader of the all girl group, Frankie Rose, has been in various Brooklyn bands such as Vivian Girls, Crystal Stilts and the Dum Dum Girls and, while the album is closer to those faux-beach blanket bingo bands, there is enough of the aforementioned abstractions that Frankie Rose and the Outs operate less in songs and more in emotions and tones captured.

It feels easy to throw together touch points like Phil Spector, shoe-gaze, shit-gaze, beach bands, and the faux-surf sound that was popular last year, but there is a modulation and tonality added to the songs as pads dampen the sounds of aggressive-if-not-wholly-formed guitar lines snaking in and out of the foreground of the tracks as chimes, organs and keys accent back beats to create a near dizzying slumbering piece of near-occult Americana.

The words aren’t important as most songs have only snatches of lines stolen and presented for mood as they’re artfully blended beneath the expansive wide-screen production. However, there is the question of how much of this record can be presented live, where the artful techniques are more difficult to replicate.

Tucked between these explorations are some damn fine songs though. “Memo”, which begins with the barest of guitars before rhythm and chants of “bum ba da bum”; all of it fading back to the guitar before coming back for a strong noisy climax that carries a strong ‘rum-a-tum’ militant edge. It’s the barest of songs; there’s barely enough there to even call it a sketch. It’s like a pair of curved lines bending to intersect before they casually move apart. However, there is some depth to this, the strongest “song” on the album.

These plain pop songs may be less interesting, but they are no less strong. They’re upbeat and catchy despite the lyrics often being indeterminate, so it’s like listening to foreign language pop songs filtered through the past three years of Brooklyn music.

This is actually as good a descriptor as any for this first album. Frankie Rose has managed to capture a moment in time, frozen in amber whose sharp edges have been rounded off by time, distance, and liberally-applied, soft-focused, hazy nostalgia. This is a strange beast, but a beautiful one.