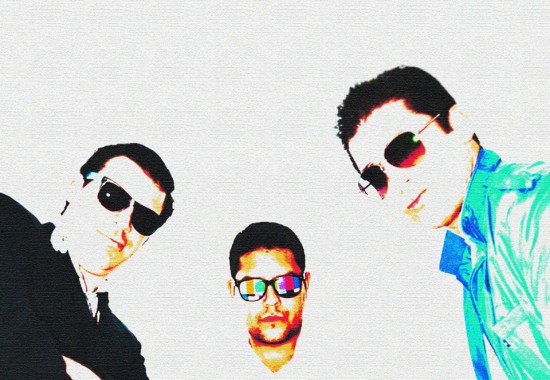 Recently I have discovered a stellar group hailing from Chicago, IL by the name of Rival Empire.  Creating a synth-pop meets indie rock meets electro dance sound all of their own, the group takes a page from such bands as Cut Copy, The Killers and Friendly Fires, with a dab of Duran Duran to boot. Rival Empire have recently released their video for “Reagan’s Rancho Del Cielo” which had me immediately hooked and ready to dive into the recent self-titled full length.

On Rival Empire, the record features 13 electrifying tracks that subtly blend genres, to create a dance party on its own terms. The record opener “Cameo Crush,” stopped me dead in my tracks. The vibrancy of guitars and synths that blend are surrounded by singer Steve Rivera’s smooth and prominent vocals. Songs like “Casio Crush,” which bursts with modern sounds and 80’s nostalgia respectively, helps set the tone for the record.

An immediate stand out song and favorite proves to be “Calling Me,” which takes the record to a whole new level. The dreamy vocal combinations with slight harmonies are heavenly and is laced with melodic hooks. Songs like “Good Love,” “Tidal Wave,” and “Open Fire,” add a deeper, darker element to the album, while  “Reagan’s Rancho Del Cielo,” and “High Fashion,” take you on wild musical journey. “Call the Adapter,” and  “Paybacks a B___h” adds a funkier element into the album, making a nice transition in to blending genres. Something that Rival Empire does flawlessly. “Calling Me (Orchestral Remix)” closes out the record, making Rival Empire, an album to remember for 2014.

Grab the album on BANDCAMP

Check out the video for “Reagan’s Rancho Del Cielo” HERE.

Voxmirage is the group you have been looking for. Recently releasing their debut album on July 15, the duo are about to take the world by storm. The self-titled record is filled with 13 glorious tracks that recall new wave influences such as Tears for Fears and Depeche Mode. Made up of members Mike Streng (Vocals, guitars, bass and keyboards), and Aaron Nicholes (Drums, Keyboards, programming, backing vocals and bass), they create quite a unique and brilliant sound. The record is also stunningly mixed and produced by Ken Stingfellow of  The Posies and R.E.M. respectively., and mastered at the legendary Abbey Road Studios in London.

Kicking off the record is a short, sweet, and synth filled song that is simply titled “Intro.” This piece immediately sets the tone for the record. “All I Want Is You,” combines lush harmonies and dark sounds alongside a swirling bed of synthesizers and guitars. Streng’s vocals start to standout immediately, which carries throughout the entire record. His voice is very powerful, and evokes great emotion on the set on of songs.

“I Can’t Take It Anymore Than This,” continues the greatness of the record, with honest and heartfelt lyrics. Streng’s vocals are soft yet pierce your very soul. Streng’s vocals are dreamy and haunting all at once. Taking the record down a notch is “Hold On,” which showcases the softer and gentler side of the band. Laced with synthesized strings, the vocals chime in to launch a whole new musical aspect of the record. “Never Go Away,” shares a bit of a 90’s retro feel, in a flattering way. The vibrant and danceable aspect of the track is brought to life with lovely twee-like harmonies and punchy acoustic guitars.

“She’s Going Away,” brings a darker synth sound into the album, with a bit of welcomed industrial flare. The tracks on this record quickly prove that Voxmirage are not only skilled, but can bend and combine genres without flaw. “Want Me Too,” and “Just a Fool,” the latter featuring backing vocals by Ken Stringfellow, displays the group’s softer and subdued side on the record. Again the harmonies grace these tracks, which made them an immediate favorite for me. “Just for Tonight,” adds a whole new element into the record with engaging vocals, and an array of instruments welcoming even the slightest trumpet. “On I Go With You,” brings out another beautiful side of this record, as Streng’s vocals are heavenly.

Bringing back the dance aspect of the record with a punch is “Favorite Son.” Flooded with enchanting synths, this piece will surely get you onto the dance floor and it clearly showcases the group’s knack for writing a great pop-esque song. Up next is “Go Insane,” which is Voxmirage’s take on Lindsey Buckingham’s classic song, which somehow manages to upstage the original with their incredible rendition. It brings all of their musical talents into the spotlight. Closing out the record is “I Know What Scares You.” The piece brings together various different elements we found throughout the record, bringing everything to fruition.

Voxmirage’s Voxmirage is a brilliant debut album that will certainly launch the duo into the spotlight. With heavy hitting and memorable tracks, each piece on the record somehow manages to outdo the other. Hopefully we hear a lot more of Voxmirage in the future. This is only the beginning….and the beginning is great. 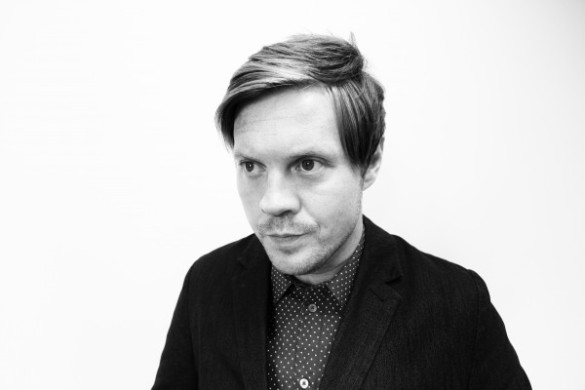 Life in the sticks can be seriously strange. From Myxomatosis-stricken rabbits to agoraphobic house parties, Postcards From Jeff offers a brutally honest perspective of looking out from windswept valleys to neighboring city lights. Making a U.S. launch with the single, “A House,” the song is taken from the melodic explorer’s recent self-titled debut EP.

Recorded in the heart of rural Yorkshire between producer duties for other artists, Postcards From Jeff plays, records, and mixes his songs himself. His identity is that of a skilled musical manipulator engineering cinematic songscapes from old synths, electronic and organic drum kits, and heavily processed guitars into stunning ‘postcards’ that blinker on the horizon like Morse code messages to the outside world.

“A House” appears alongside four further tracks on the EP, with a full length album slated for early 2015. “Ninety percent of the songs came from me experimenting with ideas early in the morning whilst I was half awake,” he explains. “I think that dream-like state contributes a lot to the general mood.”

Musically speaking, Postcards From Jeff’s boundaries are limitless. Across each track far flung folk, electronica, country, krautrock and pop are seamlessly brought together through a sonically curious adventure owing as much of a debt to Weilheim band The Notwist as to Ohio’s The National or even as far as Canada through channeling Neil Young. With praise and plays from the likes of John Peel and Steve Lamacq behind him, as well as video plays on MTV2 for past musical endeavors under another guise, Postcards From Jeff’s musically inquisitive mind comes with a newfound confidence, and this EP is just the start of what’s set to become an exciting new journey. 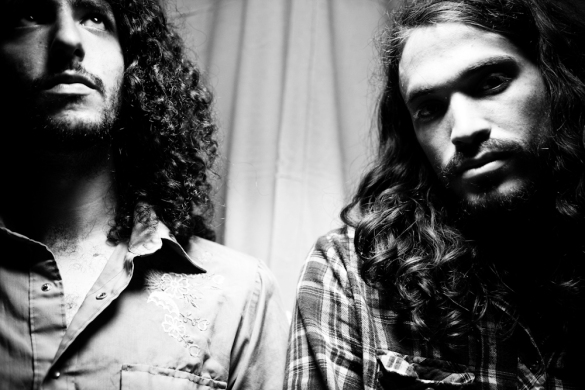 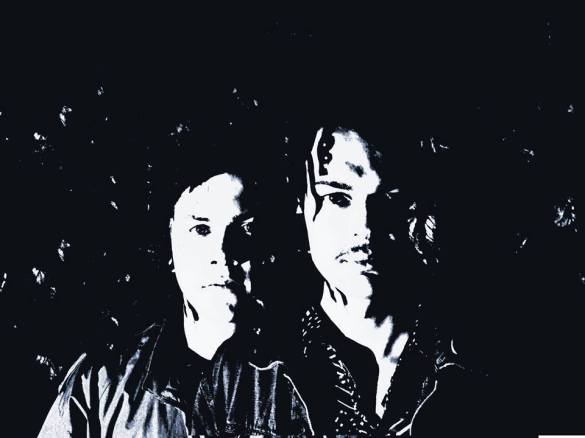 LISTEN TO THE FRESH NEW TRACK “THE ATTITUDE”
https://soundcloud.com/citybirdprstream/ntnt-the-attitude
Portland born NTNT is back in full force and ready to close out the summer. The stellar duo of Dustin Brown and Ryan Berry, have just premiered a new track titled “The Attitude” on Baeble Music. “The Attitude,” is from their upcoming sophomore release, And Then the Moon, due out later this fall. The phenomenal track is laced with electro-punches, dreamy melodies, and prominent harmonies, which will captivate your ears right from the start. The sonically alluring tones mix brilliantly with Brown’s slick and captivating vocals.

NTNT has recently won the Deli Magazine Portland’s Artist of the Month, and have just opened for Gentlemen Hall on several dates. The new album is a follow up to their debut 2012 release,I’ll Find You in the Colors.

I wanted something that sounded wet and tropical but sort of sickening at the same time. I’m not sure that’s the way it’s interpreted by others but I feel that from the dissonance in the guitar bends.  There was a golden recording moment some where at around 10 or 11 am when I finished the chorus that night and went out onto my patio to smoke a cigarette in my robe and just cranked the speakers super loud. I was exhausted and it felt good to hear the bass riff reverberating off the walls of all the different apartment buildings in my complex. The sun was reflecting off the apartment pool and it was super glittery and it sort of felt like the songs roots were captured right there for a second.NTNT will be releasing their sophomore effort, And Then the Moon Fall 2013.