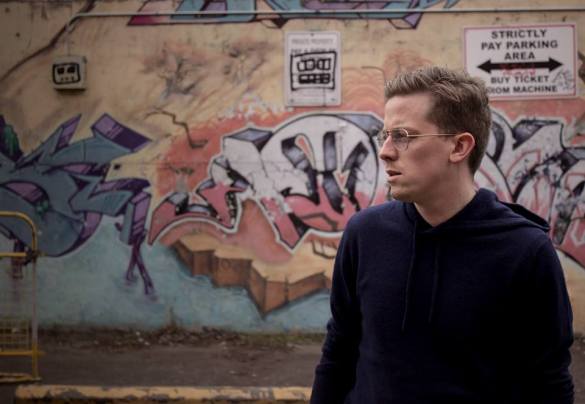 Toronto-based Steve Benjamins unearths the stunning, indie pop filled EP, Sightlines, and it hasn’t taken long for me to get hooked. He’s been critically acclaimed by tastemaker indie sites alike, all praising his knack for songwriting and writing killer hooks that will constantly entice you. Sightlines is Steve Benjamins’ sophomore EP, the follow up to the noteworthy, Somewhere Somehow.

Notably a progression from his last record, his upbeat tone harkens the like of indie heavyweights, The Killers, but creating a deeper sound throughout like Sufjan. The first single from the EP is “We Used to Live,” a song that clocks in at a little over 3 minutes, yet adds a great dose of indie pop inspired traction. Benjamins’ vocals are powerful and energetic, without feeling forced or over the top.

Standout tracks on the EP also include the haunting and stunning title track, “Sightlines,” which adds a bit of Bon Iver flavor to the record; and “Later On,” a piece that is gorgeously orchestrated with piano and faded strings.

I think it is going to be the Summer of Steve Benjamins.

BZRK aren’t strangers to strange, but Crop Circles is definitely their most surreal effort to date. In terms of sound, the group gave Cropsey reign over beat-making duties for the album and the difference shows. The resulting sound is full of psychedelic phasers that’ll rewire your brain-waves, sirens that will keep you on edge, and a host of other strange sounds & beats that aren’t like anything in the Rap game right now.It’s equally introspective, scary, and damn impressive. The only thing more otherworldly than the music is the complex narrative that drives the album. The story starts off chill, but gradually gets more and more aggressive as the narrative distorts time and reality. Within this distortion, the group exposes truths about vices, vision, and voracity that few others have touched on at this level. 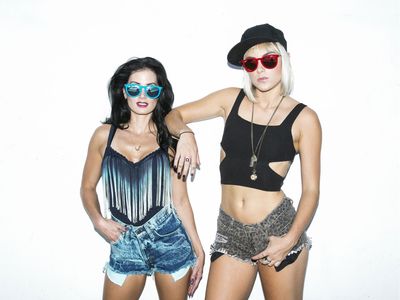 STASH is just as fun as their name implies. The duo who hails from California, bring their own version of party-rock anthems to the dance floor, just in time for Summer. Consisting of  DJ/rapper/songwriter Steph Prost and classically trained pop singer, Amanda Maze, they bring a carefree and fun-loving feel to the party with everyone else providing the jams.

Think LMFAO without the offensiveness and with class. Prost, who has been a name in the L.A. scene for quite some time, built her reputation by DJing at high-profile events and parties, even making her way to SXSW and Sundance. STASH’s spirit may be carefree and lighthearted, but their message is strong.

When Prost teamed up with Maze, that is when everything started to take center stage. Their high energy electro-pop is ear candy for the masses, without a doubt. Recently the group has released their latest single, “Strip Me Bare,” which is already charting on the Billboard Breakouts for Dance Club Songs (#5).

If you need a new song to be your summer jam, give a listen to “Strip Me Bare.” It’s a tasty treat! 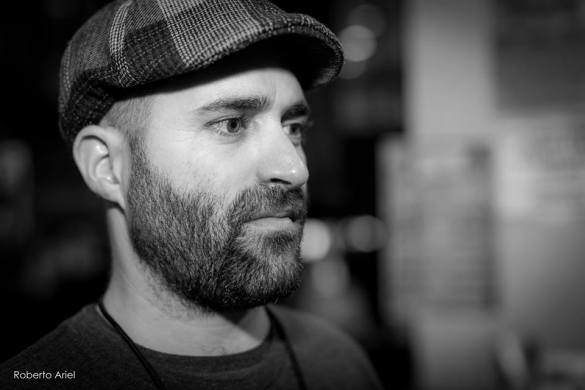 Brooklyn based CRAIG GREENBERG’s new album, “The Grand Loss & Legacy” is out now. The buzz-worthy singer-songwriter has been hailed as the modern day “Troubadour piano man,” which is showcased on his newest release.The Grand Loss & Legacy, features Greenberg on an array of instruments from piano, keyboards (organ, Fender Rhodes, farfisa, synthesizers), to acoustic and electric guitars, percussion and vocals. The songs the record touches upon includes many themes ranging from freedom, love, obsession, self-doubt, the creative process, the hardships of being in the music industry, parent/child relationships, the hollowness of pop stardom, religious beliefs and more. Dancing the line of roots to soul, and rock to indie, Craig Greenberg is reminiscent of piano songwriter greats such as Ben Folds, Billy Joel, and Leon Russell, with an updated twist. Greenberg manages to create a sound that is both familiar and unique, to create a record that is very alluring to the ears.
The Grand Loss & Legacy features his latest single, “That Girl is Wrong for You,” which has been garnering the praise of fans and critics alike. Among the standout tracks on the record is “I Hope You Understand,” which touches upon Greenberg’s relationship with his dad (wondering if he’d ever get this crazy musician’s life he’s chosen). Another piece that hits close to home is “All the Pretty Things,” which is about the process of mining personal experience, and his psyche in the service of writing songs; how it can be a dark place to try to navigate.

Greenberg recently shared some insight into the inspiration behind the record:

“I lost my mom last year, while I was finishing up the record, and while it’s been a very difficult time, I was fortunate a short while after she passed, in reflecting on her life and looking for the positive, to realize the parts of who she was that are in me (some that may have been more latent than others) and that I now feel obliged to embrace and carry forward with me in my life, hence the “legacy.” I liked having the word “Grand” in there as well for several reasons. First my mom was larger than life in some ways, and I thought the classic use (from the 1920’s) of the word applied to how she lived. Also, I live off of Grand Street in Brooklyn, and made the record very close by.

I wanted this record to be more raw and closer to how my band sounds live, and I also wanted it to have a larger dynamic range than my last record.  I think we captured that live energy, with just a bit of polish added to it.  I was far more of a perfectionist on my last record, and this one just sounds more natural and flows better.  It’s definitely a solid grouping of songs that I think will hold up over time.  To me, it really sounds likes an album, with the whole being greater than the sum of its parts.”

The album was recorded at Galuminum Foil Studios in Williamsburg, Brooklyn, with producer/engineer Chris Cubeta. The basic tracks started as a 3 piece – piano (or guitar), bass and drums, with additional overdubbed guitar, vocals, percussion, cello, and keyboards, added in after.  With the help of Chris Kelly on bass, Kirin McElwain on cello, Zach Jones and Scott Tofte on drums, alongside Greenberg, Cubeta, and Patrick Brennan on guitars, The Grand Loss & Legacy was brought to life.

Craig Greenberg “That Girl is Wrong for You”
https://soundcloud.com/craiggreenberg/02-that-girl-is-wrong-for-you