Remember when Ryan Adams said he was retiring forever? Well that didn’t last very long unless less than 3 years is forever. Today the shaggy haired rocked announced that he was heading out on a European tour in June without The Cardinals. All of the shows will be solo-acoustic sets. Ryan is also working on a new record with producer Glyn Johns, so of course in Adams fashion there are sure to be some new songs hitting the road with him. Ryan, it’s good to have you back. Watch out and check back as there are sure to be a few U.S. dates in the works. 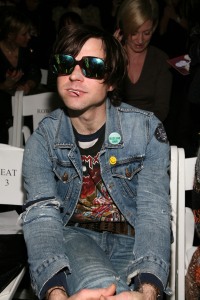 On December 14th, Ryan Adams will release his 12th studio album. Entitled Cardinals III/IV, the album is Adams’ 5th with The Cardinals and features material recorded back in 2007. According to Adams, he and the Cardinals walked out of the studio 3 years ago with over 60 songs.

And, while this material wasn’t good enough to make the album they released back then, Cardinals III/IV is supposedly a “concept rock opera about the 80’s, ninjas, cigarettes, sex, and pizza.” The first single from the album, “Destroyers,” can be heard down below.

Ryan Adams. Oh where do we begin. Since ‘retiring’ early last year, Adams has not been out of the spotlight one bit. With book tours and pressing an album with his ‘metal’ project, Orion, if anything, he’s more in the spotlight than ever.

News came this morning that Mr. Adams will be releasing two unheard albums from the vault. Though when they will be put out is unsure yet, in great Ryan fashion, we’ll sure not only will it be soon, but it will be without much notice. The first will be a double LP that he recorded with The Cardinals called III/IV and the second is called Blackhole which was written during the Love is Hell era which he said took him four years to make. I have a feeling this is only the beginning of the Adams’ back issues.

Ryan Adams – “Go Ahead And Rain” by modernmysteryblog

This week Ryan Adams’ announced the return of his metal planned act known as “Werewolph.” I’m not sure if this is leading him out of his retirement, but I hope so. I love Ryan’s work, I really do, but besides the little bit of growl in his voice that doesn’t even last more than a few seconds overall, it could nicely fit on Rock N Roll. That’s not a bad thing by any means, but hell I was expecting like freaking Slayer to come out here. The record will be pressed this week on his label Pax-Am and will be titled Orion. Your guess is as good as mine as to what the rest of this vinyl only album release is going to sound like overall. We’re off to a good start though. Can we hope he’ll be back on the road again? We’ll have to wait and see.

Early last night, Chris Feinstein, known significantly for playing in Ryan Adams and The Cardinals, was found dead in his New York City apartment at the age of 42. The cause of death has not yet be determined, and our hearts go out to his family, friends and bandmates.

For anyone who has ever met Chris, he was truly a strong prescence. Always one of the first people out to greet fans after a show, you could tell he was charasmatic about his craft and the people who admired him as  a musician.

Feinstein joined The Cardinals in 2006 and appeared on the albums Cardinology, Easy Tiger, and Follow the Lights. Earlier this year Adams and The Cardinals split ways for him to discover new creative outlets. Feinstein then went on to play bass for Albert Hammond Jr., as well as writing songs for Santogold’s first album. Cardinals drummer Brad Pemberton posted on his facebook last night:  ”This is the saddest day of my life. I lost my best friend today…things will never be quite the same.”