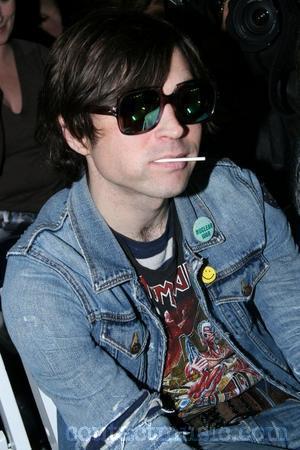 This week Ryan Adams’ announced the return of his metal planned act known as “Werewolph.” I’m not sure if this is leading him out of his retirement, but I hope so. I love Ryan’s work, I really do, but besides the little bit of growl in his voice that doesn’t even last more than a few seconds overall, it could nicely fit on Rock N Roll. That’s not a bad thing by any means, but hell I was expecting like freaking Slayer to come out here. The record will be pressed this week on his label Pax-Am and will be titled Orion. Your guess is as good as mine as to what the rest of this vinyl only album release is going to sound like overall. We’re off to a good start though. Can we hope he’ll be back on the road again? We’ll have to wait and see.

Some say that when Ryan Adams recorded Rock N Roll that the alt country megastar had completely lost it. Though the title pretty much summed up the album, people seemed to think it was a little too much to handle from the guy who wrote ‘New York, New York’.  For most listeners though, it marked only the beginning of what was to come from Adams. Unpredicatable, beautiful songs. ‘So Alive’ never felt so good.