Atlas Jungle have been making a phenomenal impression on music listeners this Summer, and things are about to heat up even more. The group, who release their debut record From the Dirt today, are playing an exclusive album release show tomorrow night, at Stella Blues in New Haven, CT.

Their electrifying, and rather mystifying sounds and light show will take to the stage for this very special evening. The group bends genres, mixing in driven funk, tribal house, psychedelic rock, trance, and blues that uses instruments to create music and light shows simultaneously. Entire churches, libraries, and custom installations have all been used for their lights shows as seen in their music videos, which will entice your eyes as well as your ears. Information is below, and be sure to check out their latest video for “Goa Nights.” Trust me, you’ll be a fan.

At a time when it is challenging to seek out bands hailing from regions outside of the musical mecca of NYC, Oklahoma-based  group Psychotic Reaction bring forward progressive and mind-numbing sounds.  The band crosses the traditional barriers of garage rock and psychedelic tunes and reintroduces subcultural drones of Lou Reed and the Stooges.  While their instruments aggregate a concoction of multi-layered guitar snarls, the group constructs a type of narcotic energy that makes the listeners believe and remember the power of rock and roll. 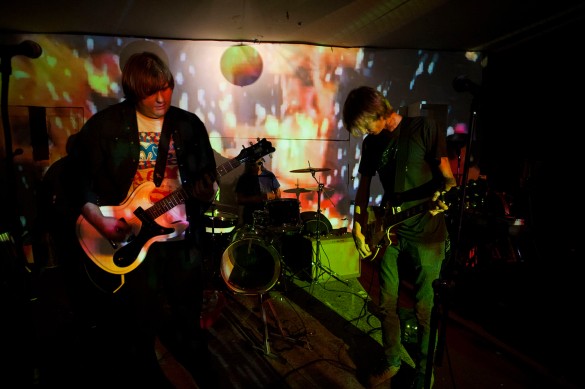