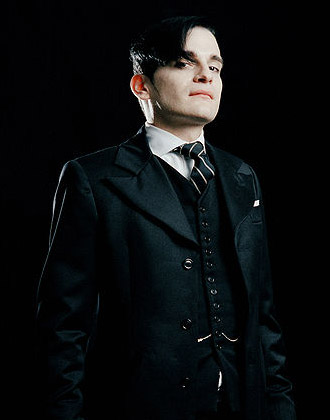 Carlos D a.k.a. Carlos Dengler from the infamous New York based band, Interpol, has recently announced that he is no longer a part of the group. The news came when Interpol put an official letter on their site stating his departure.

Prepping their new album that is due out this year and is considered to be a return to the darkness of Turn on the Bright Lights (Matador), Carlos D was a part of making the record and has left to pursue other goals and projects. Though the band states there was no hard feelings in between them and Dengler, he will certainly be missed as a powerful performer and figure in Interpol. The group states that there will be bringing some “exciting new recruits,” into the mix.

The new, yet untitled record, was recorded at Electric Lady Studios in New York City. Stay tuned for they will also be revealing summer tour dates soon.

Enjoy Interpol’s “Next Exit.” How appropiate?

Interpol – “Next Exit” by modernmysteryblog

2009 was an incredible year for songs. No doubt about it. Even some of the last minute yearly additions were able to sweep the early year competitors off of their feet. In 2009 there was a surprise around every corner with the quality of songs written. I’m not sure there could have been a better ending to the decade. Check out our Top 20 Songs below!

It seems like only yesterday when we first heard of a little band from New York called Interpol. The band exploded onto the scene in the wake of the ‘NY Garage Revival’ that started in 2001 along with other bands like The Strokes and the Yeah Yeah Yeahs. Always compared to Joy Division, Paul Banks and the boys make a sound of their own free of imitations. Interpol, still going strong, haven’t changed much in sound throughout the years, but we can’t help but go back and see where it all began. “PDA” was the band’s first single on Matador Records and gained the band instant success making them known as indie rock staples and artsy fellows.

Interpol frontman Paul Banks recently released his first video for his new solo project under the name Julian Plenti. The video for ‘Games for Days’ features Emily Haines (of Metric and Broken Social Scene ) and is rather dark but somehow also charming. The two get to know each other and then trash the place. Classic love story.  Paul Bank has not only has returned to his old label Matador to release his record ‘Skyscraper’ but the album tends to sound a bit similar sounding to the first Interpol record, ‘Turn on the Bright Lights.’ This my friends is a good thing. We can’t wait to see more videos from Julian Plenti.

Watch the video for ‘Games for Days’