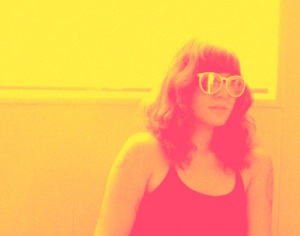 Bethany Cosentino’s Best Coast took to the Late Show with David Letterman earlier this week to show off her indie rock skills. Performing “Each and Every Day,” before hanging out with Justin Bieber. Take peak at the video below if you missed it or just want to re-live the greatness.

The highly anticipated February 1 Boxer Rebellion release of their third album, The Cold Still, is being lauded by some as one of the most important releases of 2011. “No Harm,” the first single is being offered for download here, along with a live version of “Step Out of the Car.”

You can also catch the band on their network television debut on The Late Show with David Letterman, Wednesday February 2.

It has been already two years since we saw the release of the most critically acclaimed Spoon album ‘Ga Ga Ga Ga Ga.’ Yes it is hard to believe that it has really been that long, but Britt Daniel and the boys have announced they are heading back into the studio this summer to record another album. This is of course great news to Spoon fans, or indie fans in general. No doubt the band will keep on the path of genius their last few records have provided. When not in the studio this summer, Spoon will be playing a small (and I mean small!) handful of shows with bands such as The Atlas Sound and Low. I’m not sure about you, but I can’t wait to hear the new Spoon tracks. Most likely the album will be released early next year.

Check out Spoon on MYSPACE

Just fresh from releasing ‘Noble Beast’ Andrew Bird appeared on The Late Show with David Letterman last night performing one of his new tracks, ‘Fitz and the Dizzyspells.’

Bird and his band put on one hell of a performance (but it is  Andrew Bird so we expect no less). Equipped with large gramophones, a ukulele and a xylophone, Bird put on a show like no other. The new record gets better with every listen and the Letterman performance put it over the top. For those of you who missed it, here is the famed Andrew Bird performance.

Check out Andrew Bird on Myspace

Wednesday night, indie buzz band Okkervil River stopped by the Late Show with David Letterman. Okkervil is one of the few new acts that are living up to all of their hype. They have it all together.

It has been a while since we’ve seen such a brilliant television performance, or any sort of live performance as amazing as Okkervil River performing ‘Pop Lie’ the other night. The band was so into their vibe that singer/guitarist Will Sheff didn’t even noticed he broke a guitar string while playing….but maybe he just didn’t give a damn. Kids, there is going to be a lot more Okkervil River talk after this performance, so be prepared.