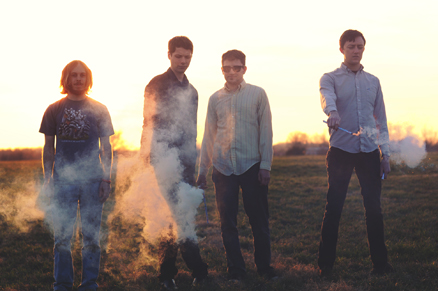 Someone Still Loves You Boris Yeltsin has just released a sneak peak at another song on their highly anticipated third Polyvinyl release, Let It Sway. The track is titled “Banned (By the Man)” and is a nice follow up to the first song they put out as the single, “Sink/Let It Sway.” SSLYBY can do indie pop like no other band out there. Each song is infectious and their talents are proven in every song. “Banned (By the Man)” featurs amazing harmonies on the band’s part which they really haven’t played around with too much in the past. The Chris Walla produced record will be out on August 17th. The Yeltsins are about to become HUGE.

There are 56 days until the new album by Someone Still Loves You Boris Yeltsin titled Let It Sway (Polyvinyl) hits stores. Yes I am so excited that I actually just counted the days until I get the record in my hands. That’s August 17th if you need some help there.

The band has just announced some great news that they will be doing a headlining tour with openers Telekinisis, starting the end of August. I have a feeling this is only the start of the tour dates. This may be the album that makes SSLYBY huge, especially with Death Cab for Cutie’s Chris Walla behind it. This is the first release that they didn’t produce themselves.

SSLYBY has also put out a mini documentry for the album which has drummer/singer/guitarist Phil Dickey narrating. It shows the band in their daily crazy life and making the record in the studio(s). It really gives an insight, and a little listen, to Let It Sway.

Give it a view below, and be sure to notice the red plaid scarf that bass player Will Knauer is wearing. It makes an appearance three times. I gave him that for Christmas. Am I famous now??

Someone Still Loves You Boris Yeltsin is set to release their newest record on August 17th, and this morning, they have finally given it a title and cover to share with the world. Titled Let it Sway, the band’s third album on their home of Polyvinyl Records is going to be an amazing one. But aren’t all of SSLYBY’s releases amazing?

The guys are also giving you the first single, “Sink / Let it Sway” from the new record to download for free. Head over to HERE to sign up to their mailing list and to discover your favorite new band!

Starting today, Polyvinyl Records is also starting a presale for the album which includes awesome bundle packs that include all sorts of goodies, including a sweet new tote bag! (I’m excited!!) Be sure to order early! Take a look at the Polyvinyl preorder.

Missouri’s finest indie band (and our favorite!!), Someone Still Loves You Boris Yeltsin, are gearing up to release their third album on Polyvinyl Records. Yesterday morning the band posted a teaser Youtube video that gives you a little taste of the upcoming, yet untitled record. Due out in August, the guys have branched out this time by having Death Cab for Cutie guitarist, Chris Walla along with Beau Sorenson, record and produce the album. Taking place over the past few months, SSLYBY worked on the piece at Smart Studios in Madison, Wisconsin. The teaser shows footage from the studio and the album process in general. Watch out at around 40 seconds for Phil Dickey’s crazy air drum solo.

Check back shortly for more news on Someone Still Loves You Boris Yeltin’s new album, as well as tour dates! 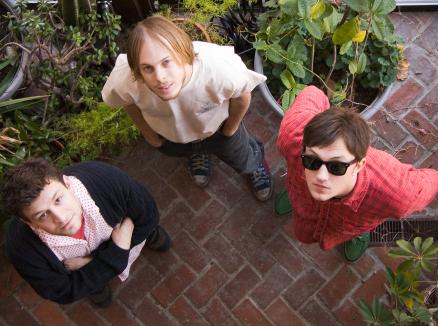 Oh call us THE most excited blog in the world! This past Monday night when our Someone Still Loves You Boris Yeltsin boys were in town, Phil and Will were nice enough to take part in our Playtime! series. The night was freezing and there were a few onlookers after the show seeing just what the Yeltsins were going to pull off.  What did we get? The raddest up close and personal performance of “Modern Mystery” you could possibly experience. Enjoy!

Pass the Christmas lights and snow on the sidewalk stands the Bell House in Brooklyn. The only thing that glowed more than the twinkling lights was the smiling faces of the all ages crowd for Someone Still Loves You Boris Yeltsin. On a mini winter tour the band was seen throughout the venue before the show greeting friends and fans. The only thing that is cheerier than the holiday season is the boys in SSLYBY no matter what time of the year it is.

The band took the stage at 10pm sharp and opened with the fan favorite “Pangea.”  “It’s always something, it’s always something,” sang singer/guitarist John Robert Cardwell as the crowd sang along. Stage banter was at a minimum tonight and the band was in full form. SSLYBY not only played old favorites but blended in a mixture of new songs from their upcoming Chris Walla produced record that will be released early next year on Polyvinyl. The new tunes are filled with the melodic pop hooks that we love so dearly about the band and it surely has fans excited for the new record. One track in particular that the group has been playing for a while is a Phil Dickey song called “All Hail Dracula,” which he joked was on the Eclipse soundtrack.

Onstage the band never misses a note. Guitarist Will Knauer and bass player/sometimes-drummer when Dickey is on vocals Jonathan James keeps the  beat going at all times. You can see the love in the crowd and the band and everyone is just having fun. Some highlight songs of the night included “Think I Wanna Die,” “Heers,” and “Oregon Girl,” though its hard to pick out favorites in this astonishing show. SSLYBY closed the show with “Modern Mystery,” a song that is a personal favorite of mine. They had the whole crowd dancing. After a short leave for the encore the band came back in full force and performed “I Am Warm And Powerful,” which ended the perfect evening. I wish there was a Someone Still Loves You Boris Yeltsin show every day!

Check out More SSLYBY Pictures After the JUMP!! (more to come!)