The collaboration hearkens to a new era in music and sociopolitical commentary, as demonstrated in “Gravity,” the album’s first track. Based on interviews Holmes conducted back in ’94 with members of the Heaven’s Gate cult (yes, I’m serious), they put together a video mockumentary about the group that ended up committing mass suicide in 1997. Z Berg does a great job on lead vocals on the track and the album, American Sunshine Volume 1 includes contributions from an assortment of talent including members of Edward Sharp and The Magnetic Zeros, Veruca Salt, Filter, Smashing Pumpkins and R.E.M.

Ashtar Command seeks to promote artistry and independence and the ability to be creative in unprecedented times. Get ready for a sonic exodus out of mainstream pop culture an into another world, or perhaps a new solar system altogether.
For more on Ashtar Command visit www.ashtar-command.com
If you do nothing else, you just have to watch this video. 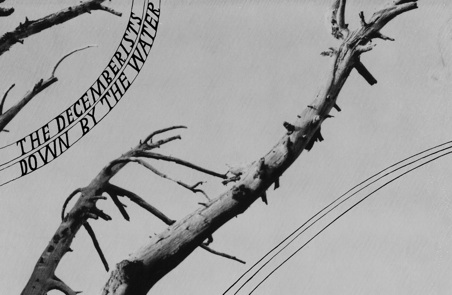 The Decemberists have announced this week that they will be releasing their newest effort, rumored to be titled The King is Dead, will be out on Capitol Records on January 18th. The band is letting you have a listen of the first single from the record, “Down By the Water,” via their website in exchange for your e-mail address. Pretty sweet, right?  R.E.M.’s Peter Buck also appears on the record. The Decemberists have also posted the artwork (see above), and revealed the tracklisting (see below) of the new LP. We’re going to start 2011 off with a bang.

The King Is Dead: