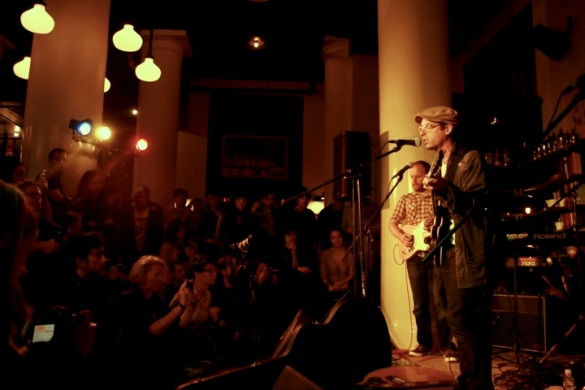 Kicking off CMJ with their adroit-charged energy, the Brooklyn-based voyagers Clap Your Hand Say Yeah packed the walls of Ace Hotel on Wednesday afternoon hours before their performance. The band chewed out a compressed thirty-minute set,feeding their fans a combination of pieces from their most recent release Hysterical, as well as transcending back to “ In This Home On Ice” from their debut album and of course, a hit from Some Loud Thunder. CYHSY finished their set with “Satan Said Dance”, where the keyboardist, Robbie Guertin switched gears and teamed up with the drummer to spit out turbulent beats to end the show.

In This Home On Ice