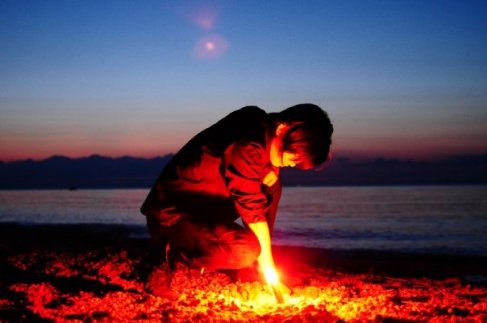 Gambit is the brainchild of Lyle Kamesaki, a name that you will soon remember in a matter of one single listen to his flawless album, Take Off and Landing. Already selling out high profile venues

such as the Mercury Lounge and Webster Hall (with Hot Chellae Rae) this year and last, Gambit is literally ready to take off. Graduating from Harvard in 2004 the wiz kid started work at a capitalist real estate firm. Though six-figures and a beach house on Long Island had him living comfortably to say the least, life was not exciting enough for the young Gambit as he took to music; what he says is his “true calling.” Eager to learn how to make himself a great musician, Gambit succeed, and succeeded fast. Learning how to write, play and record, Kameaski will fool even the seasoned of music industry veterans as what you are about to experience is a sound and quality of a musician wise beyond his years. Take Off and Landing took a long three years to complete as Gambit wrote and recorded during his free time after work and into the early hours of the morning. A documentary of a true artist’s struggle with not only life, but perhaps his feelings as well, comes to life in this gorgeous ten song album.

Opening the album is the infectious track “This Town,” which is already a great taste of what is to come. Gambits gorgeous and catchy voice, heavy but bright guitars and unforgettable drum beats takes you on a ride. “Maybe,” is right behind with dreamy pop vocals and charming hand claps. “Wake up and run like hell,” seems to be a bit autobiographical for Gambit, as his honesty begins to shine through the record. Male harmonies accompany his sultry vocals, which blend with fuzzy synths, creating a wall of sound like no other.

A church organ brings in “All the Time in the World,” a charming love story of a boy to New York and to a what may appear to be the love of his life. One of the most beautiful elements of this album is the stories that Gambit tells. Every piece is a new chapter in the record which truly comes from his heart. The listener can automatically tell that he has poured every bit of himself into every song, without doubt.

Strong female vocals chime in for “Lovers in the Basement,” which is a nice surprise that adds an added energy to the album. While the track seems to blend a burst of pop, things turn a full 180-degrees with the gorgeous and string-filled “I’m Sorry,” that takes the listener on a tearful journey.

“Change in the Feel,” lifts the record up again, with it’s dark overtones, slight and bright piano, and Gambit’s echoing vocals. “Things Aren’t So Bad,” is a catchy tune that will have your ass up in dancing in no time. Perfect for a house party, or the Bowery Ballroom. “Ask Yourself,” proves to be your ideal Friday night music. The trance beat and harmonious vocals blend to create your new favorite song for sure. “My, My, My,” is a bit reminiscent of electro pop act VHS or Beta, Gambit’s dreamy synths and harmonic overtones, are surrounded by his lustful voice. With a slight hint of female vocals from behind, the listener will be in awe of what is offered. Closing out the album is “Alibi,” a haunting piece that can sum up this incredible record. Truthful, beautiful and game changing.

For lucky fans in New York, you can see Gambit take the stage at the Bowery Ballroom on May 17th opening for the legendary VHS or Beta. Take Off and Landing is a stunning record that will leave you craving more of what Gambit has to offer. Mark my word, by the end of 2012, Gambit will be a name that everyone will know. Here’s to honest, heartfelt music and an album well done. Get ready to take flight with Gambit.