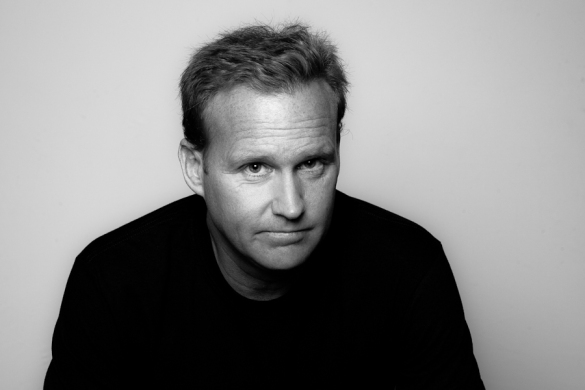 Mooji is the eclectic alter-ego of respected DJ and producer, Kramnik, as he takes to the music world with a stunning new album titled Double Agent. The record explores elements of acid-jazz, dub, funk and blues, to create a trippy musical experience. Currently Mooji is sharing his new track, “Medley” from the upcoming record, which you can stream and post below.

Double Agent began to take shape after two years of intense evolution, with Mooji proving both ambition and versatility, introducing vocals by blues legends such as Leadbelly, John Lee Hooker and Muddy Waters, as well as Dub pioneer Lee ‘Scratch’ Perry. The album came to life as Mooji took to the road, producing and recording as he traveled, and drawing visual inspiration from places such as Cuba, Laos, Morocco, Japan or Mongolia, to shape the ‘story’ behind the music. Double Agent also sees the introduction of live session musicians on the likes of guitar, harmonica and trumpets, with Mooji stepping up himself on drums! The result is a more organic and earthy sound, both engaging and eclectic, masterfully bridging the gap between electronic production and live musical virtuosity.

Creating captivating music for both body and soul, Mooji’s Double Agent brings to life the artist’s irrepressible desire to explore and master different musical styles. The metamorphosis from Kramnik to Mooji demonstrates a growing maturity and broadening of this respected artist’s sonic horizons, and offers a tantalizing glimpse of even more musical gems in the road ahead. 2015 is the year of Mooji.
Listen: Mooji “Medley”
https://soundcloud.com/moojimusic/medley/s-eMKjJ?in=moojimusic/sets/double-agent-ep-with-remixes/s-n1VnG