Jack White has apparently been trying to fill his idle time lately, especially since disbanding The White Stripes. For better or for worse, White teamed up with news funny man, Stephen Colbert to record and release a 7″ single. Called “Charlene II (I’m Over You)”, with backing band the Black Belles, it features the b-side “Charlene (I’m Right Behind You).” You can buy the single at itunes or Third Man Records, which White owns. Don’t say we didn’t warn you. Listen below.

See all of the pictures from their Cameo Gallery set at CMJ HERE!
and…. 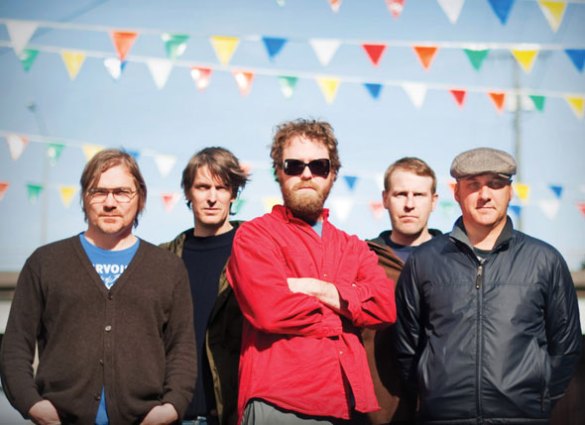 Last night Pavement stopped by the Colbert Report to chat it up with the wacky host. It was Stephen on Stephen as Colbert took on interviewing Malkmus. Nice! They also played an amazing “Gold Soundz.” SUPER nice!

Watch them by following the links below: