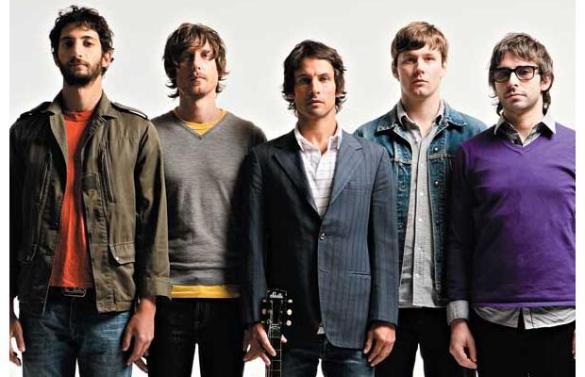 Brace yourself, this is the start of a new brand of music; this is groundbreaking. That was sarcasm. Collider sounds just like original Sam Roberts material, so Sam Roberts fans rest at ease. With the growing recognition of Sam Roberts work, it is a smart idea that Sam Roberts Band did not stem too far from normality. Fortunately, to avoid being banal, there are new worldly sounds on this album that will give a new texture to the music you have come accustomed to.

“The Last Crusade” is a funky bass-driven groove with fun intentions. Unintentionally or intentionally inspired by afro-beat, “The Last Crusade” is an ethnic rumpus that skillfully avoids being corny. Imagine this: you are bobbing your head to a firm beat when all of a sudden the Star Wars Cantina Band comes in with blistering horns. I kid you not, the horns mimic the jam band from Tatooine. Oddly enough, it fits. The song is a funky, fun, and cool little hymn. “The Last Crusade” has the Sam Roberts feel but the newly added funk gives it a little flare.

Sam Roberts knows how to make rock songs. Each song has something distinctive that makes you crave for a relisten. The soothing progression of “No Arrows”, the vocal harmonies on “Longitude”, and the dancey chorus of “Sang Froid” all make the album frequently worth an entire run-through. Not one song is bad which makes it an easy choice for a great unabridged listen. Even the single, “I Feel You”, which sometimes is a band’s weakest tune, has an explosive chorus and true passion. The tone is beyond powerful.

Collider is not going to blow you away with something you have never heard before. It is the same old style but that is good. Why change the style of an artist that is just now rightfully getting recognized? This album will leave a smile on your face, even if it is only for a short period. It is not a rehash, it is simply a Sam Roberts redux or now the newly formed Sam Roberts Band.