As readers of this site are probably aware, Paul Duncan is currently recording under the moniker of Warm Ghost. Initially conceived as side project that would allow him to experiment with electronics, synthesizers, drum machines and processed field recordings, Warm Ghost has grown into a full-fledged collaboration with Oliver Chapoy.

With their debut LP slated for release this fall, the duo have released a new music video for their song “Claws Overhead.” Check the video out down below and visit the band’s website for more info on upcoming tour dates. 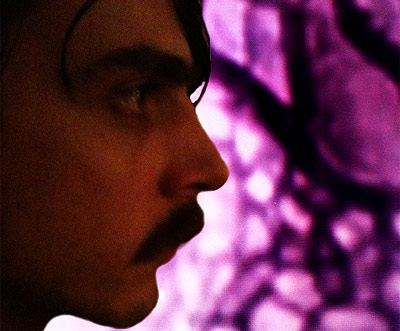 Now that he’s recording under the moniker Warm Ghost, Paul Duncan has ditched traditional instrumentation in favor of electronics, synthesizers, drum machines and processed field recordings. Initially a side project, Warm Ghost has evolved into a band in collaboration with Oliver Chapoy.

Recently, the Warm Ghost signed a deal with Partisan Records to re-release Claws Overhead with 4 additional songs before year’s end. The group is currently recording their debut album. If you’re interested in seeing them live, Ghost will be at Webster Hall Studio in New York City on December 9th.