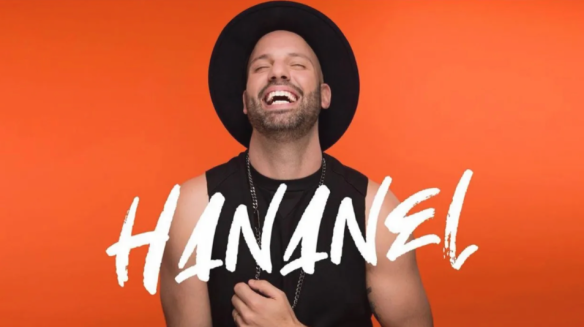 Artist Hananel Edri is from Tel Aviv has already started to make this a reality. He graduated from a Broadway academy and was accepted for prestigious productions of off-Broadway musicals and throughout the United States. Despite the success that began, in a moment of intense longing for his homeland, for his family and friends, Hananel decided to take a break from his intense work abroad and return to the complex yet fulfilling reality of Israel. From the age of 7, he started studying dance, acting, singing and performing arts and was considered a child prodigy. His new video for “Just Press Play” is dreamy and addictive just like the song itself. We had the chance to catch up with Hananel as he tells us about his new video below.
Tell us the story of this song, why did you choose to visualize this song specifically?
This song to me, really tells the story of how music chose me since I was very young and led me to be who I am today. By music and singing I was able to express hardships, face hardships and overcome obstacles. “With your love and your freedom- you let me be who I am”. The video tells my life story of growing up and wanting to perform and express my passion, which had no name at the beginning. Through artists like Freddie Mercury, George Michael and prince, I was able to draw inspiration and with the help of my mother I was able to pursue that dream and live it.
What was the inspiration behind this video(visuals, storyline, etc.)?
Just as my life story implies – the video is inspired by the legendary Freddie Mercury and the effect he had on me in my early days. There’s a little boy who plays my character as a child. He seems very artistic and passionate about music and performance. His father doesn’t approve of it too much but thankfully his mom believes in him and eventually buys him a piano, which also reaffirms his path in the arts. The entire music video portrays the early days in the 1990’s, with a retro set and vintage vibe, and in the same time jumps into the present with visuals of me singing and performing on a big stage and living my dream.
What was the process of making this video?
Actually the video concept was conceived together with the creation of the song. I knew it had to be biographic and to show how powerful this passion is and how incredibly lucky I feel doing what I do today. When the time came to shoot the video, COVID-19 broke out in Israel as well and a day before the shoot we almost had to cancel it. I was literally heartbroken but driven. We decided to cut down personnel and crew and film it regardless, just being extra careful and safe. I’m so happy we made it eventually because the day after we shot it- there was a complete lockdown quarantine in the whole country so at least we were able to work on the editing while waiting for the plague to end. Just like the lyrics of the song are suggesting- “so if my heart misses all it’s broken pieces- I just press play”.