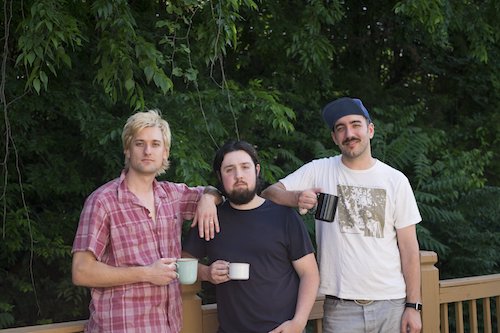 Blonde Bones are coming in with a bang this Spring with their latest release to grace our ears, “Hiding Out.” The second full release from the band, this is their strongest and most epic collection of songs to date.
Ironically, the band chose to break out of the Music City’s mold to find their inspiration, tapping Atlanta-based producer Damon Moon (Blair Crimmins, Big Brutus, Sydney Eloise & the Palms) and his Standard Electric Recording Company to cut their new batch of songs. The resultant Hiding Out is a trippy and undeniably groove-hardy affair, with Barnett’s dreamy, psych-tinged vocals sharing the spotlight with chorus-laden guitars, swirling keys, woody basslines, and urgent, clever percussion work.

Blonde Bones recently shared with the world:
“Our friend Jonathan from the band Lavagulls turned us onto some great music that was being recorded in Atlanta by Damon Moon at his studio, Standard Electric Recorders. Most of the songs on the record were worked out live in the months leading up to recording, so it only took us about five days to track and mix the whole thing. Since we already had our parts, we had space to just mess around with different sounds and colors, using weird microphones and pedals he had laying around. It was a joy making the album. We hope that anyone who listens can hear that in the music.”
Dive in below, and get your ears excited!