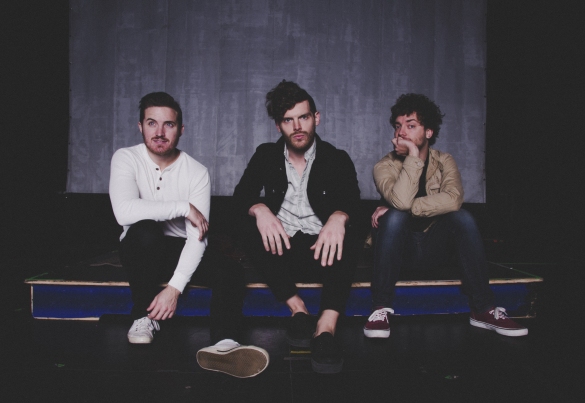 James Blonde is more than the sum of its parts; the Canadian alternative / rock band was born when Neil Carson, Phil Taylor and Steph Mercier came together to form the singular entity known by this name. The band acts as a conduit, taking inspiration from the turn of 21st century’s rock resurgeance of bands like Muse, Arctic Monkeys, Franz Ferdinand, Billy Talent & MGMT with the great classic rock bands, to pump out electric performances both on stage and in the studio. Their new single “Hundred Bucks,” has become an instant favorite…as it will for you as well.

The band kicked off their first concert as James Blonde in their hometown of Niagara Falls for NYE 2017, opening for Sam Roberts Band and Serena Ryder. However, the trio had already been together for years under an old moniker, touring the country and playing major festivals like Osheaga, Edgefest and CMW.

James Blonde’s first album (self-titled) was released in 2017, with the lead single “Heartbreak” getting picked up by major Spotify playlists and Starbucks, which added the song to it’s in-store radio across the globe. “Sh!tshow”, the bands follow-up single in 2019, reached #96 on the US Top 40 charts. The last few years have seen the band become an indie touring juggernaut, having played extensively across Canada and the USA from coast to coast, delivering high-octane performances, precise musicianship and memorable moments for fans at every show. But that was then, and this is now: James Blonde is currently working on a new record, which will be released in the form of singles over the next couple years as the band continues to tour all over North America

Connect with Jame Blonde via: