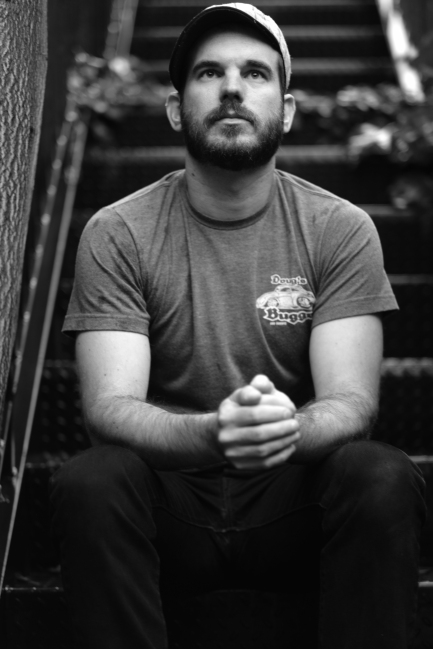 Keith Cooper is on fire with his new video for “American French Revolution.” A promising piece that shows the true essence of Cooper himself as both a songwriter and performer, the video has us on the edge of our seat within every turn. Gearing up for a release to drop sooner than later, we caught up with Keith Cooper as he dives into the video and talks about the artistic vision that went into creating the epic release.

Great to talk with you Modern Mystery! This song was such fun to write.  If I can take a song in a pseudo-historical and absurd direction you better believe I’m going to do it.  I’ve always been fascinated by the French Revolution, and I decided I’d try my hand at an updated and Americanized retelling of it. It seems especially relevant right now. Lyrically, the song is so image driven that it seemed a perfect fit to be made into a video.  I mean, a 21stcentury Marie Antoinette angering the foodie masses because she doesn’t realize cake isn’t gluten free…isn’t that fun?  I hope so.  I wanted to choose a song I could make a fun video out of that doesn’t take itself too seriously.  But still was saying something at the same time.

What was the inspiration behind this video (visuals, storyline, etc.)?

I wanted to portray a local café erupting in a revolution highlighted by a food fight of organic proportions. People on their laptops sipping coffee, everyday conversation – then all of a sudden a few “Napoleon” characters start trickling into the café sewing dissension.  The chaos really being set off when a barista version of Marie Antoinette shoves a cake in the face of a “Napoleon” customer with certain dietary restrictions. I had a lot of fun thinking about absurd little details and scenes to include.  The guillotine pin on my jacket, the toy horse stick, dueling Eiffel towers, Uncle Sam crumbling a scone over a customer’s head – these were all ideas that made me laugh, so I figured that was an indication they belonged in the video.  I wanted shots of the band playing amidst all this, but with no one paying us any particular attention.  Which I totally get – there was a revolution to attend to after all!

We filmed this video in one night, and what an incredibly fun night it was! I I’ve worked at Bloc Café in Somerville, MA for many years, and the owners were generous enough to let me use the café as the setting for this video. Friends, coworkers, and regulars all came by to help us film after the shop closed up for the day. We started loading equipment in right as we were kicking customers out.  I was actually the closing manager the night of the video shoot, so I went straight from work mode to revolution mode.   It felt like a very natural transition actually. Ha.  I was fortunate enough to get to work with the videographer Craig Shannon.  His video for the Speedy Ortiz song “Raising the Skate” caught my eye, and we were really on the same page about what type of video we wanted for American French Revolution.  Which, of course, made the filming process even more fun.  Filming ended around 4am that morning, and it was after 5 by the time we had totally cleaned up all evidence of the food fight(s) from the premises.  Just in time for the café to open up shop on a Saturday morning.