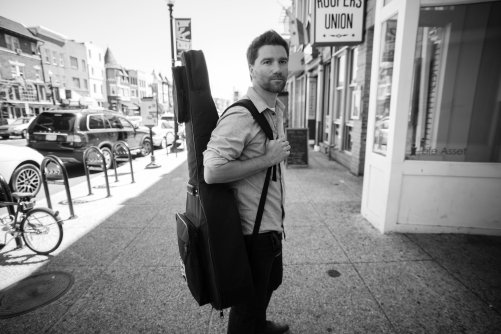 Eli Lev is a musician for the ages. Not your typical singer-songwriter, his Americana based music is blended with a bit of Rock n’ Roll flare. His new EP, “All Roads East,” is a breath of fresh air in the current music scene. Citing influences from Tom Petty to Sufjan Stevens, Lev takes on a unique sound of his own. The first single from the record “Go Down,” has been garnering acclaim from fans and critics alike. Standout pieces on the album include “Just Trying to Get Home,” and “Making Space,” which showcases his witty lyricism and intricate instrumentation. Throughout the release we hear an artist making a name for himself, with luscious tones and vibrant melodies laced throughout.  His Folk-experimentation is bold and enchanting, as his heavenly vocals take us away. As we head into 2018, Eli Lev is certainly a name to watch in the new year.

Give a listen to “Go Down,” here: https://soundcloud.com/elilevmusic/go-down-1