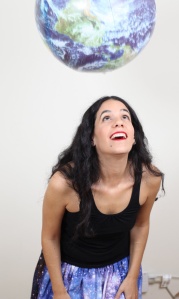 To the surprise of my ears, I checked out NYC based Nehedar. The brainchild of Emilia Cataldo, who has just released her new album, The Warming House, offers up two of my favorite genres: Antifolk and Americana. Yes it feels like Antifolk is not a term we have heard very often lately, but for those who remember the glory days of The Moldy Peaches (and Adam Green’s and Kimya Dawson’s solo albums respectively), Regina Spektor (The early days), the list goes on.

Nehedar has been around for quite a while as she is on her 7th release. The album was recorded in Brooklyn with Little Pioneer (Craig Levy). Possibly her most diverse sounding record to date, I was immediately drawn into The Warming House. Kicking off the record is “Is It Annoying,” which is a vibrant burst of energy that truly embraces her eclectic sound. Bright horns fill throughout which adds a remarkable tone to the piece and sets the tone for the record. “Not Your Whipping Woman,” and “Don’t Look,” provide added insight into the record, bring the work into fruition. “Come Into the Light,” offers a softer side of Nehedar (possibly the most accessible for the mainstream listeners), while “Loshon Hara Barbie,” picks up and brings back her energetic feel. One track that stood at to me the most was the title track “The Warming House,” which has a warming embrace. Another standout piece to me was “The Tree” which hit home immediately. Nehedar’s vocals in the piece are outstanding and every word seems so heartfelt, as it does for most of the record.