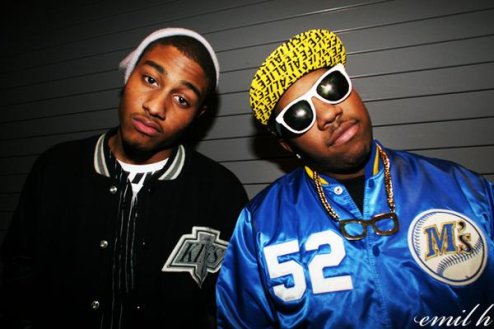 The Cool Kids recently released their new video “Bundle Up,” featuring a mockumentary-style music video poking fun at the sometimes unoriginal rap industry as well as themselves for trying to be out of the box. It’s a hilarious commentary on this genre, which The Cool Kids are known for. Their beats are reminiscent of late ‘80’s rap with a modern twist. In fact, their very stance can be summed up in the opening lines of their track “A Little Bit Cooler:” “Eating a bowl of them fruity pebbles / How gangsta’ is that? / Not Gangsta’ at all / Oh, you judging me dog? / Please you shop at the mall.” The “Bundle Up” video, spearheaded by Maxim Bohchik and Alex Bergman, features mermaids, lost Rolling Stone wannabes, Polar Bears and a hell of a lot of fake snow. The sense of humor and solid beats will take this up and coming Chicago rap duo far.