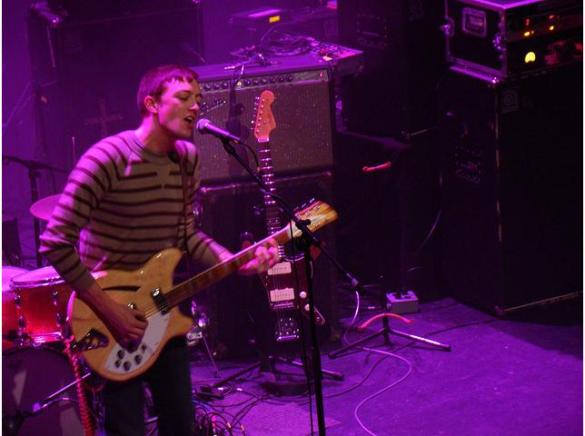 Our Modern Mystery favorites, Someone Still Loves You Boris Yeltsin took the stage on Friday night at Terminal 5 which was their first time being an opening band in a long time. They knew they had something to prove and they did it well. Starting with Phil Dickey on vocals for the night, the band blew the crowd away and really got the show started. Performing tracks off their new album Let It Sway their catchy indie pop hooks filled the room and had everyone in good spirits. This is a major tour for the boys and we’re proud of them!
-MM

It’s going to sound highly smug of me to say but it has to be said: I was the first person to say Two Door Cinema Club and Tokyo Police Club should tour together. In all honesty I’m not. After seeing Tokyo perform past summer with Passion Pit I (drunkenly) cornered their guitarist/keyboardist Graham Wright and demanded that they toured with Two Door Cinema Club to which he replied “Fuck! You’re the 8th person who’s told me that today!”

Fast forward to January 21st and what would you know? It actually has happened! The two acts are going on a lengthy co-headlining tour around the US and selling out shows effortlessly. To celebrate they even released a mash up of two of their tracks which can be downloaded here

The venue was packed! People of all ages and varieties. A grand highlight of the night was being in the photographers pit and looking at all the young faces. When I was younger I remember music was something you’d use as an escape and the fact these kids would call Two Door Cinema Club an escape was quite something. I personally love Northern Irish music and seeing this band do so well here in the states hit a chord with me (no pun intended). Everyone danced the night away and the band received the most cheer when they played their latest single “What You Know”