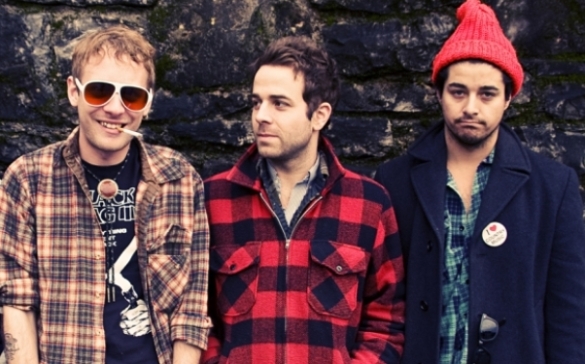 Earlier this week, Partisan Records made a huge announcement; Taylor Goldsmith of Dawes, John McCauley of Deer Tick, and Matthew Vasquez of Delta Spirit have joined forces to create Middle Brother. Since the trio played their tiny, late-night, unannounced event at CMJ under the moniker “MG&V,” there have been whispers that a side project wasn’t far off. But, little did we know that the guys had already wrapped their debut record, which is set for a March 1st, 2011 release date.

Middle Brother will be playing a one-off show December 20 at the Troubadour in Los Angeles  to benefit Invisible Children. That show will also feature an acoustic McCauley set.

One thought on “Who is Middle Brother?”