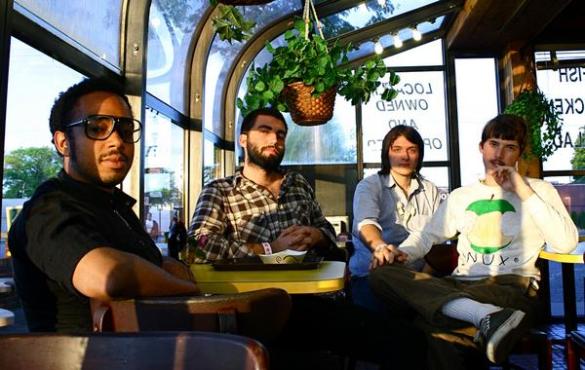 In a mix between VH1’s Storytellers and La Blogotheque, The Guest Apartment keeps things on a simpler side, much like its name.  Miniature Tigers are one of the latest group to get the feature’s treatment, playing a miniature set comprised of a single guitar, plenty of harmonies, and the majority of the band taking up percussive roles.  Tambourines tap, shakers shake, and the band talks about the creative process for songs they perform from their latest album, Fortress (Modern Art).  You wouldn’t know it from these live renditions, but expect Fortress to exhibit some darker vibes.  The band mentions gearing up to record by watching “The Shining” in a converted woodland 19th century church.  Sound familiar?  That’s because bands from Beach House to the B-52’s have shared the same recording space, not that you should expect the same output from this band.

Check out the living room jam over at baeble’s website and find Fortress out now on Modern Art.