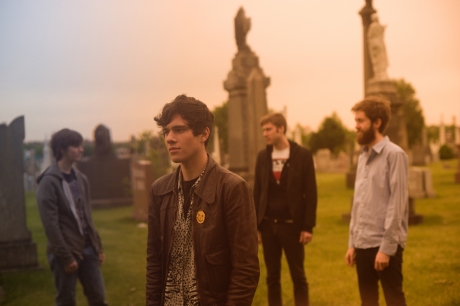 Brad Oberhofer is on a roll. Recently signed with Glassnote Records, Oberhofer will be releasing their debut album in the early months of next year. While we wait for that, he just premiered on Pitchfork the single “Gotta Go,” which will be released through White Iris and will come out physically on October 4th. You can get “Gotta Go” HERE.

On top of that, the band will be joining Les Savy Fav on stage on September 6th at the Music Hall Of Williamsburg in New York after a year touring with bands like Twin Sister, Sleigh Bells, Neon Indian and Bear In Heaven. Needless to say, the Tacoma native has the indie music scene at his feet.