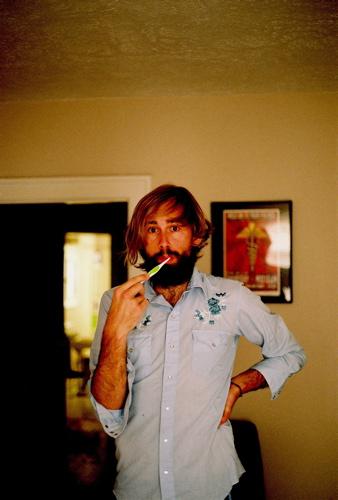 The saddest news in indie rock came this year when Drew Danburry said that he was retiring from music. While we all hope he’ll one day come back, we only wish him the best. He released his last record, Goodnight Dannii, earlier in the year to critical acclaim.

Whenever Memorial Day comes around, it makes me think of Danburry’s song by the same name. As far as I know, the only indie song about the holiday. The song is from his record This Could Mean Trouble, You Don’t Speak for the Club and quite frankily, just one listen will have you hooked for life. He’s even toured with the likes of Modern Mystery fav’s Someone Still Loves You Boris Yeltsin. It’s a must hear for any fan of good music, that’s for sure.

Just when you didn’t think we could find a song about Memorial Day we proved you wrong. Indie artist Drew Danburry who has just recently toured with those lovely lads in Someone Still Loves You Boris Yeltsin, hasn’t always had it easy when he comes to music (remember his disaster of a tour in 2008?), but it doesn’t stop him from making brilliant songs. We’re sure he is of the very few musicians to have a song about Memorial Day (at least that we know of). Maybe he wrote it just for that reason.

Download Drew Danburry’s ‘Memorial Day’  from “This Could Mean Trouble, You Don’t Speak for the Club” HERE