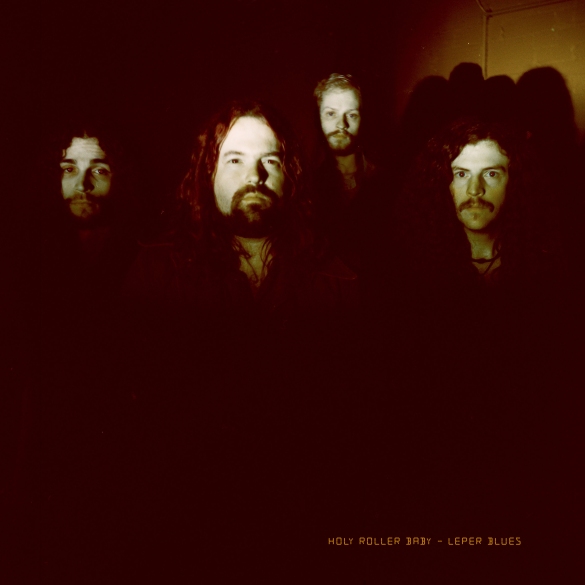 Are you ready to hear some magic for your ears? Look no further than Holy Roller Baby; an Austin, Texas band that is making a splash in a big way. From the start, the group have been enticing crowds with 70s laced hooks, big guitar sounds and intricate and eclectic vocals that sets the band apart from the rest. Their new single to hit the streets comes in the form of “Leper Blues,” which brings the band’s primitive swagger to your headphones.

With music as spirited as their name suggests, the band blends the best of 70s string-bending guitar rock with an undeniably forward-thinking perspective. Raucous and gritty with a focus on songwriting, melody, and substantive lyrics, the band plays glorious rock at concussive volumes while swinging to an unmistakable beat, filtering a thunderous bluster through a soul crooner’s sensibility.

Founded in 2017 in Austin, Texas, the band’s lineup previously played in the psych/rock band Heavy Glow, playing over 300 shows in the US and Canada. Spearheaded by the songwriting of Jared Mullins and using two lead guitarists, the four-piece was invited to record their debut album at Radiohead’s Courtyard Studios in Oxfordshire, England. Together with producer Ian Davenport (Band of Skulls, Supergrass, Philip Selway of Radiohead) the band recorded a blistering 50-minute, 12-track album that combs through a diverse array of blues-tinged rock, even borrowing amps and percussion from Radiohead and guitars from Gaz Coombes (ex-Supergrass) to do so.

Listen to their new single “Leper Blues” via Spotify: