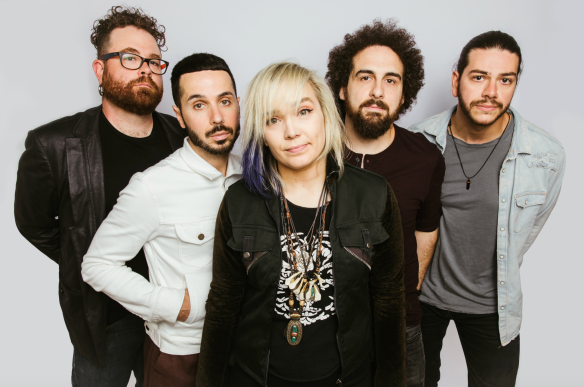 It’s been five years since the release of The Mandevilles’ last record, Windows and Stones. As a songwriter, you’re proud of every record, but this time they feel the most like themselves. The lead single, “Junkie,” from the band’s upcoming album is steeped in blues, but still rock ‘n’ roll with slicing guitar.

The band cultivated such an amazing working and personal friendship with Neil Morrissey, and his former bandmate Ryan Defoe over the last two years. The writing, recording, and production process has never felt so natural to them. Neil and Ryan’s style of writing and arrangement was very similar to the current line up, so it was an instant connection.

After a few months, they had accumulated a growing list of songs that they had written with the guys. Neil offered his home studio to record the demos and really get what was on paper out loud. The demos became complete recordings. Typically, demos are rough and quick and without any frills. But, they found ourselves becoming more creative and adding the frills that needed to be added, and before they knew it… they weren’t just demos anymore. We’re excited to hear more from The Mandevilles who have more surprises up their sleeve for this year!