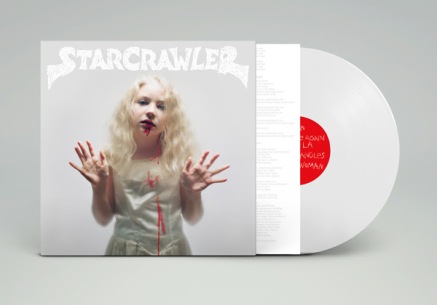 LA rockers Starcrawler – described by Gigwise as “simply the most exciting and best band Rough Trade have signed in years” – have announced details of their upcoming self-titled debut album. Recorded by Ryan Adams – who rightly states the album “is gonna peel the paint off your brain!” –  on analog tape at his Pax-Am studio, it will be released on 19th January 2018.

The band have also revealed the official video for “I Love LA” from the album, which you can check out here. Directed by frontwoman Arrow’s mum – aka famed music photographer Autumn de Wilde –  it features levitation, a whole lotta donuts and moves that prove why Starcrawler being hailed as the most thrilling live band to emerge from Los Angeles in years.