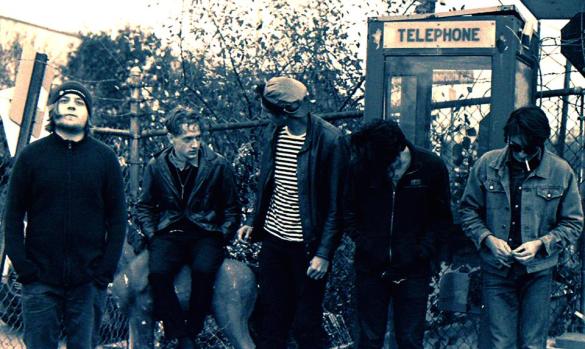 Venlo is a band of friends made up of of Ryan Bergman (vocals), Marcello “Chello” Iaboni (guitar), Aaron Kudla (guitar), Johnny “Hodge” Hodgkinson (bass) and Joey Rizzo (drums). Gaining common interests via skateboarding through the streets in high school, the group formed an immediate connection. The sound that Venlo creates is a back-to-basics sound that shows inspiration from cited influences such as The Strokes, Lou Reed, and The Ramones to name a very few. The lyrical content is formed by singer and frontman Bergman’s poetry of romance, self-destruction, the working class and addiction. With the combination of his punchy though laid back vocals, his voice resonates well with the instrumentation of the band. Yesterday’s News was released earlier this year and for your listening pleasure, you can check out “Song for Rudy & Cody,” here: https://soundcloud.com/venlomusic/song-for-roxy-cody