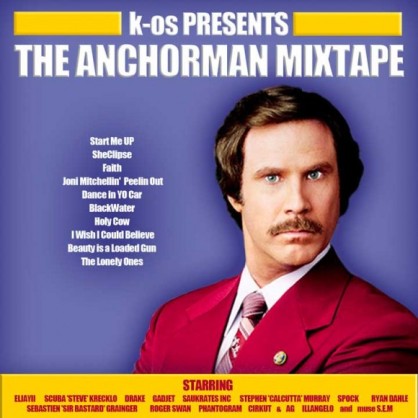 The tour comes fresh off of the release of K-OS’s newest album Anchorman Mixtape, which is exactly as awesome as it sounds. Besides featuring fellow Canadian Drake, Anchorman Mixtape injects clips from the Will Farrell movie into the songs. As if you needed another reason to hear Anchorman quotes.

As of yet, Will Farrell is not announced as joining the 19-stop tour, but be satisfied in knowing that the Anchorman Mixtape will definitely be there.